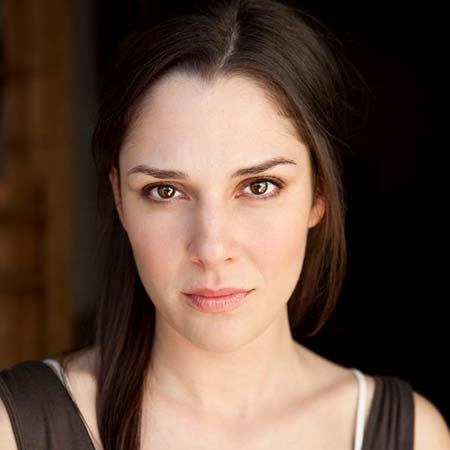 Britt Rentschler was born and raised in Birmingham, Alabama. She belongs to white-American ethnicity, and holds an American nationality,

Britt Rentschler made her acting debut in the 2003 short film, Don't Make Eye Contact as Mrs. Smith. After three years, she was cast in another short film, Rougge the Vampyre.

In Addition, she was selected for the lead role, Julie Bagely in 2013 Thriller-drama, Limbus before appearing in several shorts such as 1000 Ways to Die, The Social Network, Behind the Scenes of American Apparel, and Barrel 28 among others.

Moreover, Rentschler’s other notable roles are Six, Daytime Divas, The Resident, Instant Family, and The Detour among others. As of now, her most recent appearance was is an American comedy-drama television series, Lodge 49, alongside Wyatt Russell, Sonya Cassidy, Eric Allan Kramer, and many others.

Along with acting, she is also a writer and director.

Britt Rentschler is currently married to Actor, Alex Klein, who is known for his appearances in The Bet (2016). The duo is in a healthy relationship and is about to celebrate their three years of marital relationship, this coming November (2019).

I love this video for several reasons: 1. Everyone yelling "Mazel Tov" 2. The guests you can hear whispering "Smash it, Smash it good!" 3. Alex's careful placement of his hands before stomping to ensure he doesn't flash everyone 4. We fell kissing. Because that's life. (thank you for the my dear @laurenigma)

The pair dated for a couple of years and finally decided to exchange the wedding vows on 13 November of 2016. Their wedding was a traditional Catholic ceremony served in Golden Gate Park.