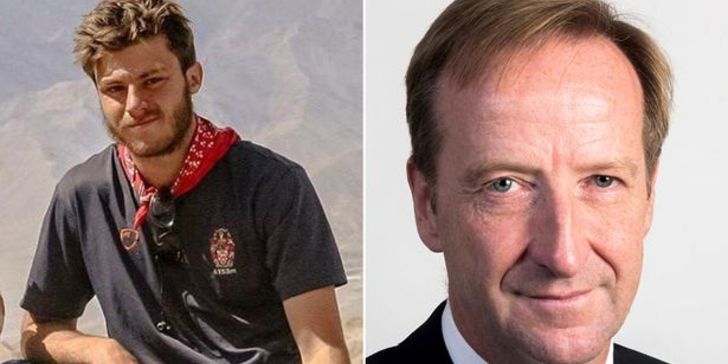 The 22 years old, Sam Younger has died on a car accident on Saturday 30th March 2019 morning in Stirlingshire, Scotland on a private estate. The Police of Scotland are investigating the accident and said that it doesn't seem to be suspicious.

As per the statement,

Police Scotland can confirm that Sam Younger, a 22-year-old student from Edinburgh University, has died following an accident involving a motor vehicle on a private estate in Stirlingshire on Saturday 30th March 2019.

One of Alex’s friend, Known as C in MI6  said the accident as a massively tragic accident. He revealed,

This was simply an appalling accident that happened to a young man who was just starting out in life. It is desperately sad. The service is coming together to support Alex and his family through this dreadful experience.

Before this tragic accident, Sam was going regularly for mountain climbing, hiking, ski, sail, and exploration. Almost all of his pictures on social media is related to his adventurous life.

As per sources, he was one of the members of the University's Sailing Society and he was also interested in sports and has participated in different games. In 2014, he was also a member of Dulwich College's NatWest Schools Cup rugby trophy-winning side. The school also expressed the sad moment on Twitter saying,

It is with deep sadness that we announce the death of Sam Younger (OA 2006 - 2015). ‘He was black and blue until he died - loved every brick of the place’

After this incident, Sam's family members are heartbroken and said he was a good son and asked people to give them space for remembering and mourning his demise.

Hope the family member of Sam Younger will come out from the tragic and dreadful experience soon.

May his soul rest in peace!