Bride was Killed in the Helicopter Crash, a Heartbreaking Video Has Emerged 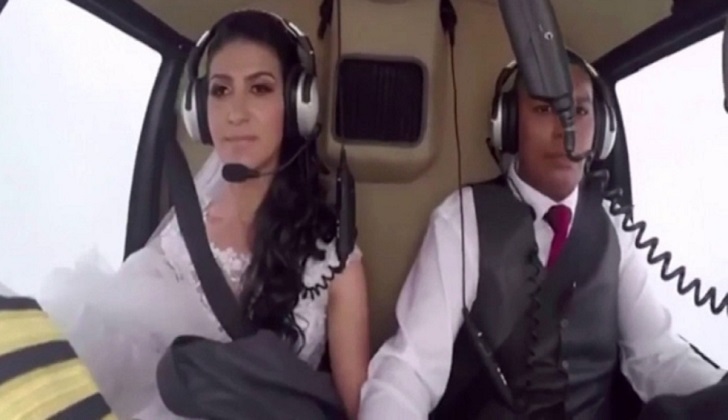 A new tragic video has emerged of the moment a bride-to-be's helicopter crash just a mile away from the wedding venue.

The bride-to-be, Rosemere de Nascimento Silva, 32, along with her brother, the pilot, and a photographer were killed on the spot just before her wedding.

Bride Rosemere de Nascimento in a helicopter in her wedding gown

The six-month pregnant bride took a helicopter to surprise her fiancé along with the 300 guests with her spectacular entrance but remained just a mile short.

As per some online sources, the footage was recorded in May 2016 but was only disclosed to the Brazillian media recently.

Some online sources have revealed the cause of the crash to be the bad weather. The initial reports say the helicopter might have hit a tree due to the poor visibility with rain, clouds, and fog. However, the police and other investigators are still searching for the exact cause of the fatal accident.

The accident was discovered by the organizers who knew the surprise entrance. They suspected the crash as the bride didn’t arrive on time. She was supposed to arrive 15 min after the take-off.

The groom Udirley Damasceno went into complete shock after he came to know the fatal crash by the pastor at the altar.

Though the accident happened last year, it is still breaking the internet due to its new revelations.