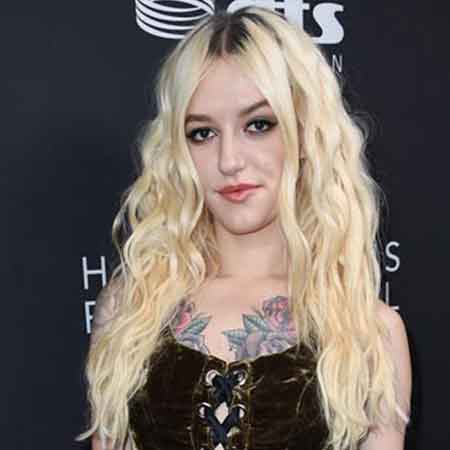 Bria Vinaite is a Lithuanian-American actress who was discovered by director Sean Baker. She was scouted on social media for The Florida Project. She appeared as Halley in the movie and both public and critics loved her performance. Vinaite was also nominated for many prestigious awards including Chicago Film Critics Association Award for Most Promising Performer and San Diego Film Critics Society Award for Best Supporting Actress. Besides this, she also made a cameo in Drake's music video for Nice for What which released in April 2018.

Bria Vinaite was born on 10 June 1993 in Lithuania and at the age of 6 or 7, she moved to Brooklyn, New York City. Her birth sign is Gemini which defines her personality to be quick-witted and expressive.

Once in an interview, she said that she used to be a wild child.

“My earliest memory of freedom was when I was about 14 and I stopped caring what people thought about me! I was so free and in charge! That whole year I was exploring myself, and I was so ‘free’ that I got sent away to boarding school.”

Nothing much known about her early life as she has not revealed anything about her education, parents, and siblings.

Bria Vinaite started her acting career after making her debut appearance in The Florida Project where she played the lead role of a former stripper and single mother, Halley, living at a budget motel close to Walt Disney World alongside Willem Dafoe, Caleb Landry Jones, and Brooklynn Prince.

She was scouted by director Sean Baker who cast her in his movie after seeing her in an Instagram post. In the video, she creatively documented her life so she could stay in contact with friends in New York City while living in Miami. Baker was immediately impressed by her personality and approached her to be the part of his movie. 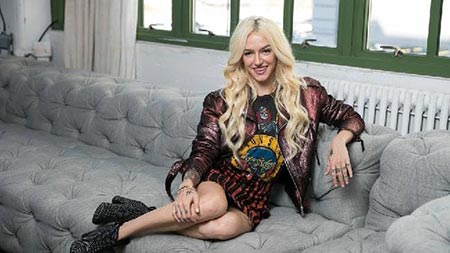 Before Vinaite started her acting career in her film industry, she had three weeks of acting classes from her acting teacher Samantha Quan. Though it was her first film, her screen presence and acting skills stole the show. She earned the nomination for many prestigious awards and some of them are:

As of 2018, she is busy with her upcoming ventures which are Violent Delights and Lost Transmissions. And she will have a recurring role on the upcoming season of The OA.

Besides this, Vinaite made a cameo in Drake's music video named Nice for What which released in April 2018.

Bria Vinaite is still in the early phase of her career. She was able to gain a huge name as well as fame from her debut movie The Florida Project which collected $10.1 million  in the box office. However, her net worth and salary are not revealed.

Talking about her personal life, Bria Vinaite prefers to keep it low-key. She has not disclosed about her dating life and boyfriend, however, there were rumors that Drake was really into Bria Vinaite.

The couple was spotted going out on a special dinner date in Toronto after the premiere of her movie at the Toronto International Film Festival. Both of them has not talked about their alleged relationship yet.

Vinaite has many tattoos on her body parts. She started getting them when she was really young. She left home at 18 to create her own career rather than attending college. And at the age of 19 Vinaite began a clothing line named ChroniCal Designs, selling marijuana-themed baseball caps and bikinis.