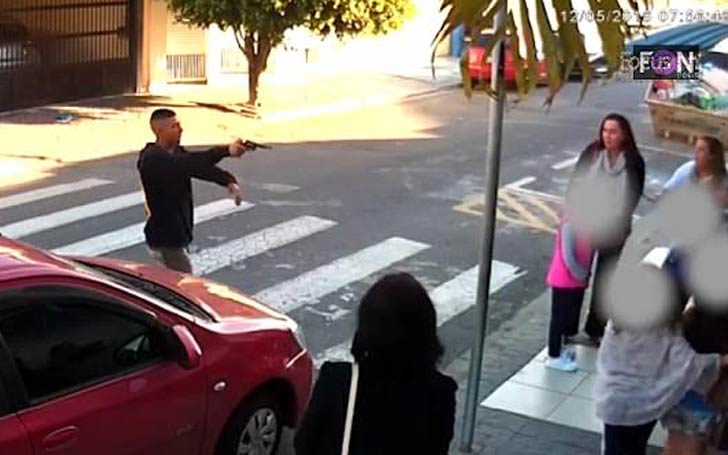 A gunman tried to rob young children and their families waiting outside a school in Sao Paulo on Saturday, 12th May, when an off-duty cop shot the gunman to death.

Security cameras outside the school revealed the dramatic moment when the policewoman showed her bravery Saturday morning around 8 am. 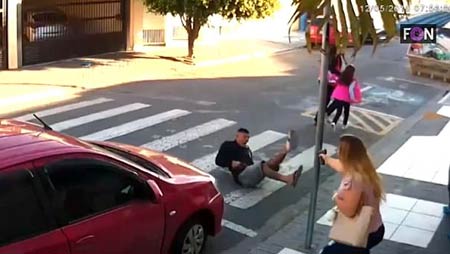 CAPTION: Katia da Silva Sastre killed a gunman when he tried to kill innocent people in front of a school SOURCE: Daily Mail

The cop has been identified as  Katia da Silva Sastre, 42, who has been waiting for her daughter and the gunman is identified as Elivelton Neves Moreira, 21.

Sastre was waiting for the gates of the Ferreira Master School to open when a man in a black jacket walked up and announced it was a robbery pointing his .38 revolver at the mass of terrified mothers and small children.

The man pointed his firearm at school's security guard and grabbed his wallet and phone before Sastre shot the assailant in the chest an leg. The man fell backward onto the zebra crossing while in the process he released two shots hitting the ground. 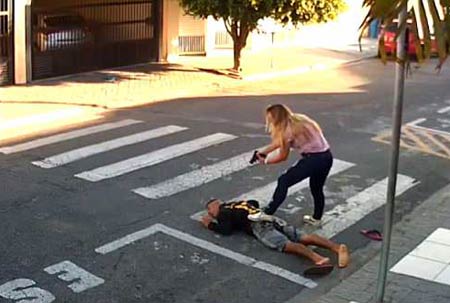 Sastre then went over to the injured suspect and kicked him in his hand before she picked up his weapon. Talking about her act of valor, she said,

I had to act quickly to end his aggression and prevent him from harming anyone. I reverted to the training I have received in the corporation.

The officer Sastre has been regarded as a hero for her action and was honored by Sao Paulo Governor Marcio Franca in a ceremony on Sunday. He presented Sastre with an orchid plant thanking her for her off-duty bravery. 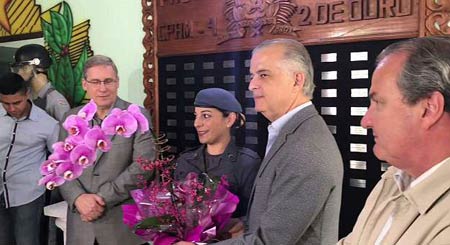 Before, Governor Franca took to his Twitter applauding Sastre. There he wrote,

I went earlier to the 4th BAEP in the east of Sao Paulo to honor a very special mother: Corporal Katia Sastre. Her courage and precision saved mothers and children, yesterday at the door of a school.

Sastre is a mother of two daughters; aged seven and two. She has been serving the Brazil Police for 20 years and married to a police lieutenant.