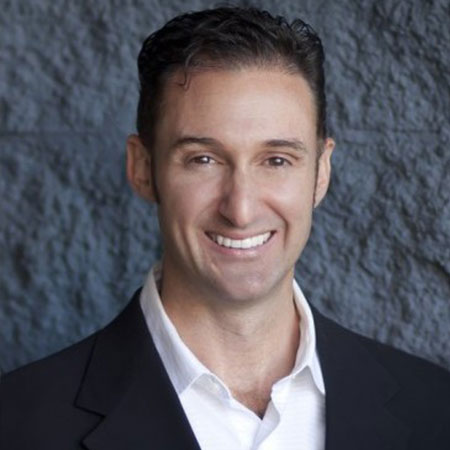 Braden Pollock is a famous entrepreneur as well as a firm manager and resident internet expert. He is famously known as the husband of Lisa Bloom, an American civil right attorney. He is the owner of Legal Brand Domains, Legal Brand Marketing Company, Smart Start of California as well as is a co-owner of The Grooming Network. He is also a regular moderator who frequently participates the national and international domain and technology conferences.

Braden Pollock was born to parents Rich Pollock and July Pollock in Los Angeles, the United States of America. His father served as a system analyst and mother worked as a secretary. His fathers’ work was related to the computers, however, he was never interested in his father's profession. Rather he used to read all the books that are related to business which he found in his house.

Braden was inspired by those books to become an entrepreneur from an early age. He always wanted to start a business of his own when he would grow and he used to say that he would be a successful businessman one day. Pollock was business-minded from his childhood days; he used to sell magazines and candy bars in his school for fundraising efforts.

As a child, Pollock always hated getting payments from cheque from others and hated working under boss from an early age which propelled him to be a successful businessman in the future.

When it comes about his education, Pollock graduated from California State University in 1992. He was not interested in education very much, still, he joined the college because he thought it was the thing that every boy of his age should do.

He worked with several other agencies and gathered experiences before owning some companies such as Legal Brand Marketing Company, Legal Brand Domains, Smart Start of California. He also co-owns The Grooming Network while he is one of the board members of Benevolent and Epik, LLC.

#NamesCon Europe is happening in under two months, and we’ve got an exciting lineup of speakers for the event. Meet Braden Pollock (pictured) and the rest of the speakers: https://t.co/IVhGZJOO5L pic.twitter.com/NFOARAS6KJ

Mr. Pollock is a highly demanded speaker, mentor, and coach for criminal defense lawyers. He has also gathered a good experience in distributing, promoting and advertising. He has worked in this field since 1989 and has distributed magazines such as The Immigration Times, The DUI Report and The Arrest Report, which are all broadly successful.

Also Read: Attorney Lisa Bloom Resigns As Harvey Weinstein's Adviser After Being Criticized By Board Members

He is also a board member of Benevolent.net, which is a charitable online firm focused on giving small-scale gifts to individuals in need.

Braden Pollock is a businessman who owns multiple businesses. He has always dedicated himself to his business from which he earns a good sum of wealth. However, looking at his business empire and experience in business, we can assume that he might have his net worth in millions of dollars.

Meanwhile, it was reported that he bought the infamous so-called Los Feliz murder house for $2.3 million.

On the other side, his wife Lisa Bloom is a civil rights attorney and famous media personality. She has her own law firm The Bloom Firm in which Brendon is a firm manager and resident internet expert.

Can’t think of a single 2018 moment hiking with my monsters that I wasn’t stupid happy. And we hike almost daily. Find your bliss, insist on it often. You deserve it in 2019. pic.twitter.com/2UfjFeUSAa

According to the sources, Lisa Bloom has an estimated net worth of $5.5 million which she earned from her career as an attorney. The couple also owns fancy cars and some adorable adopted dogs that give a clear indication of their good net worth.

Braden Pollock is a married man. He is married to a famous media personality and civil rights lawyer Lisa Bloom. The couple tied the knot on December 5, 2014. Lisa was previously married to Jim Wong who is an LAUSD teacher and has two children with him; a son Samuel "Sam/Sammy" Wong and a daughter Sarah Wong Bloom. As of now, Braden Pollock and his wife Lisa Bloom are living in Los Angeles with their children and a foster son.

You May Also Like: How well is the married life of businessman Mark Cuban going on after 14 years of married life?

The family of five loves traveling to new places along with some adopted dogs and spends their quality time with each other during their vacations.