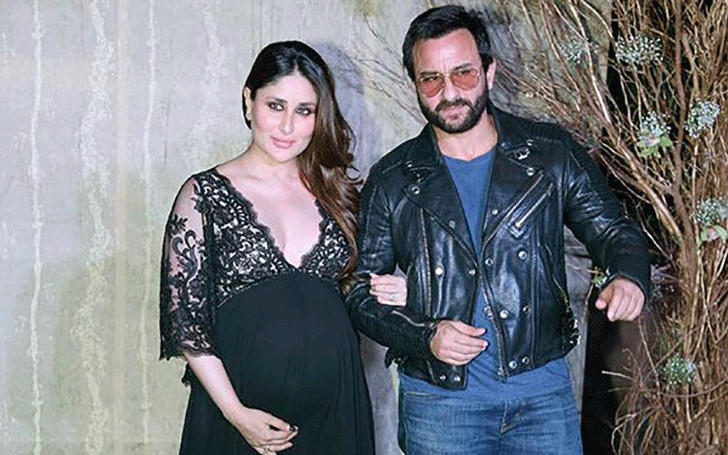 Saif Ali Khan is a Bollywood actor who is well-known for his appearances in several movies. This stunning actor is married to Kareena Kapoor, a Bollywood actress.

Saif and Kareena with their wonderful baby

This pair is regarded one of the hottest couples of Bollywood. Recently, we heard that they welcomed their first child. Let's find more about their current affairs.

Saif and Kareena have been married since 2012 and today they welcomed their first baby named' Taimur Ali Khan'. Kareena gave a birth to him at 7.30 am at Breach Candy Hospital.

According to the genuine source, both mother and child are well until now. Now, Bollywood celebs are congratulating them and after the birth of Taimur, Karan Johar posted a congratulate tweet for them.

Johar is one of the legend directors of the Bollywood who has directed several films. Also, Kareena posted thank you message for all well-wishers in her twitter and Instagram.

From today, Saif became a father of three children, he also has two children from his previous marriage.

The Bollywood Ace Saif Ali khan has been married to Kareena Kapoor for last four years. Since then, they are very happy for being a spouse of each other. This couple started to date from the set of Tashan movie and enjoyed in a romantical relationship until 2012.

Saif and Kareena in their wedding reception

That year, they converted their love life into marriage life. Almost all celebs attended their wedding ceremony and it was held in Mumbai's Taj Mahal Palace.

Previously, he was married to Amrita Singh, also an Indian actress. They first met each other at a reception party and seemed to enjoy each other's friendship a lot.Then, they became close to each other within some months.

Later, their romance was started till 1991 and that year they decided to the tied knot. However, Saif's parents did not approve their relationship. Among these things, Saif was twelve years younger than Amrita and she belonged to Hindu cast.

However, they married in 1991 and spent together till 2004. The also gave birth to two children named, Sara and Ibrahim respectively. The main reason for their divorce is misunderstanding and age differences as cited by a reliable source.