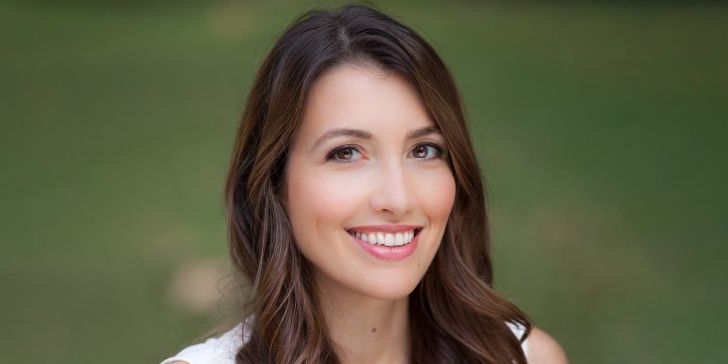 While many celebrity spouses are inferior in comparison to their partner's burgeoning career, Bojana Jankovic, the second wife of Hollywood actor Michael Weatherly, already shines on her own. Canadian-born Jankovic is an award-winning physician with double board-certified in internal and integrative medicine.

Widely famous for rooted evidence-based medicine for individual patients, Bojana, aside from being a Doctor of Medicine, is the founder of Eleven Eleven Wellness Center. No doubt, she enjoys a proficient career in medicine of her own, but also shares a blissful relationship with her husband Weatherly; they are parents to 2 children.

When and Where Was Bojana Jankovic Born? Her Age & Height?

Despite being the wife of such an eminent actor, Bojana Jankovic, unlike her beau, is able to maintain secrecy on her personal life to some extent. She was born in Canada on May 7, 1983, and is currently based in New York. As of March 2021, Jankovic is 37 years old.

Although Bojana has a pretty impressive height, the exact detail is yet to be out. She stands a bit short than her actor husband Michael Weatherly who is 6 ft. 1.5 inches (187 cm) tall.

Further information about her family background or heritage is not out.

Graduated With Doctor Of Medicine (MD) & Board Certifications

Talking about her academics, Bojana Jankovic enrolled at the University of British Columbia, Vancouver in 1998 & spent a decade studying there. She graduated with Biophysics Honors in 2003 and then obtained an MSc degree in Experimental medicine in 2005. Between 2005 to 2009, Jankovic completed a 4-year course of MD (Doctor of Medicine) from that University.

Throughout her academic career, she performed research in endocrinology and oncology. For a year (2009-2010), the Canadian physician studied Epidemiology at the University of California, School of Public Health, Los Angeles. She is also a fellow of the American College of Physicians.

Following an internship in Internal Medicine from Cedars-Sinai Medical Center (2010-13) & fellowship in Integrative Medicine at the University of Arizona (2016-2018), Bojana joined Mindful Healing and Wellness, LLC & now is its educator and speaker.

Moreover, in 2017, she co-founded WellStart Health, a digital therapeutics startup for the prevention of chronic disease; was its Chief Medical Officer and currently serves as Medical Advisor.

During the early days of her career, she was a primary care physician at Cedars-Sinai Medical Group and Crossover Health.

Bojana has a s sociations with non-profit organizations & currently is on the Board of Environmental Working Group, Lifeline New York, and Tryall Fund.

Her praiseworthy service has been recognized with honors & awards. In 2014, she won the Patient Satisfaction Survey Award and Gordon Award.

Bojana Jankovic enjoys a blissful marital relationship with her husband of more than a decade, Michael Weatherly, an American actor. With a TV career spanning over 30 years, 52-year-old Michael has grabbed wide acclaim with roles as Anthony DiNozzo in NCIS and as Logan Cale in Dark Angel.

The duo married on September 6, 2009, after 2 years of dating. She was in her early 20s at that time. They reportedly met in a bar in Vancouver in 2007 & soon their chemistry worked out despite an age difference of 15 years. 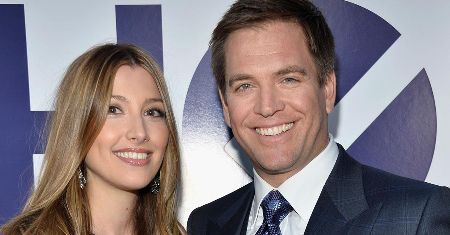 CAPTION: Bojana Jankovic and her husband Michael Weatherly; they married after 2 years of meeting in a bar SOURCE: Distractify

It was the first marriage for Jankovic while Michael is already a divorcee; he & his then-wife Amelia Heinle divorced in 1997, after a couple of years as husband-wife.

Together, Bojana and Michael are parents to 2 children- welcomed daughter Olivia Weatherly on April 10, 2012, and son Liam Weatherly on October 29, 2013.

From Weatherly's previous marriage, she is step-mother of a son named August Manning Weatherly (b. January 10, 1996). 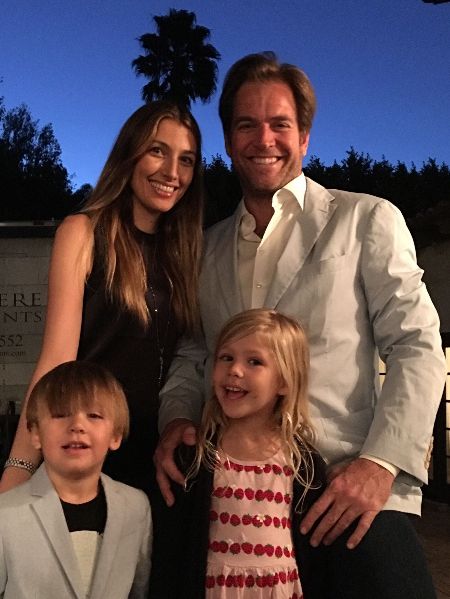 Currently, the family lives in New York, after relocating from Los Angeles in 2017.

While the Canadian medical practitioner is free from past relationships, the American actor did have a publicly disclosed romance in the past. During his 3-year relationship with Dark Angel co-star Jessica Alba from 2000 to 2003, the former duo was briefly engaged in 2001.

Online sources estimate that Bojana Jankovic has a net worth of $25 million as of early 2021. Without a second guess, her career as a physician & medical practitioner earns her a considerable sum.

According to PayScale, the average salary of a physician in the United States is  $201,990, while an entry-level physician with less than a year of experience can sum up to $198,333 per year.

On the other, her husband Michael Weatherly has $45 million net worth according to Celebrity Net Worth. Most of his earnings came through the TV career success. Reportedly, Michael pocketed $250,000 per episode from NCIS (during last season) & $300,000-an-episode from Bulls.

In 2017, Bojana along with her spouse & children moved to New York. They kept their former residence, a Spanish-style three bedrooms & 2 bathrooms house in Hollywood Hills for rent for $25,000 a month. The duo had bought the property back in April 2012 for $3.505 million. 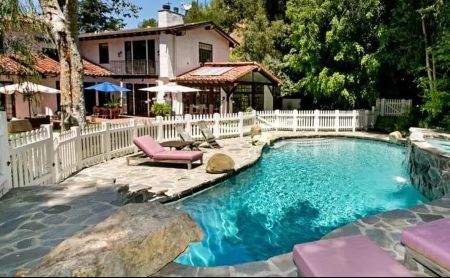 Moreover, they formerly owned another house in Macapa Drive Los Angeles; sold in early 2012 for $1.845 million.

Did you know? Michael Weatherly got into sexual hara s sment controversy after he made inappropriate comments about the appearance of actress Eliza Dushku in 2018 as she was set to star in the main role in 'Bulls'. Shortly after, Dushku complained about Weatherly's behavior to the CBS series producer, she was outcasted from the role & later she was made a $9 million settlement.