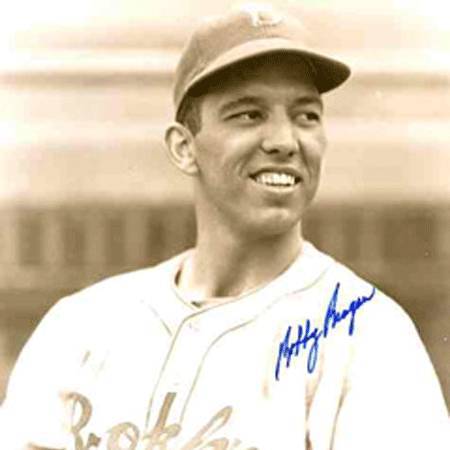 Bobby was born as Robert Randall Bragan on 30th October 1917 in Birmingham, Alabama, United States. He spent most of his childhood playing baseball with his siblings, Jim Bragan, Lionel Bragan, Marian Lewis, Frank Bragan and Peter Bragan. Almost all of his siblings played professional baseball later in their lives.

Bragan attended Phillips High School located in Birmingham and then went on to join Birmingham-Southern College where he began playing baseball for the varsity team. He wanted to pursue his dream of becoming a baseball player and thus signed with Major League Baseball’s Philadelphia Phillies in 1940. Bobby played his MLB debut on 16th April 1940 at the age of 22.He played with the Phillies till 1942 after which he left for Brooklyn Dodgers. He played with the Dodgers as a shortstop and third baseman in 1943-1944 season and later in 1947-1948 season. He went on to play seven long years in MLB and went on to hit .240 in 597 games, with 15 career home runs. He later also became an influential executive in minor league baseball.

Bragan, then began working as a manager in Pittsburgh Pirates from 1956 to 1957. Later, he began managing Cleveland Indians in 1958. He then left Indians to manage Milwaukee/Atlanta Braves in 1963 till 1966. Each time that Bobby managed a team he  got fired in the mid-season of his final campaign. Bragan was evicted in the third inning of his comeback which made him the oldest person in any capacity to be expelled from a professional baseball game. He worked as a coach in 1960 for Los Angeles Dodgers and then in 1962 for Houston Colt 45s.

Bragan came out of retirement on 16th August 2005, in order to manage the independent Central League Fort Worth Cats for a single game thus becoming the oldest manager in professional baseball annals at the age of 87 years, nine months. Bragan became president of the Texas League in 1969 was elected president of the National Association of Professional Baseball Leagues in 1975.

Bragan married Roberta Beckman in 1985 and had a divorce in 1993. Before that, Booby fell in love with Gwenn Bragan and married her in 1941. They looked quite happy together until their divorce in 1983. After Roberta, Bragan went on to marry Betty Bloxman in 1995 and left her widowed in 2010. Bragan has two children named Cissie Bragan Walden and Bobby Bragan Jr.

Bragan died at the age of 92 on 21st January 2010 due to a heart attack at his home in Fort Worth. He was 5 feet 10 inches tall and weighed 79 kgs. Until his death, Bragan had been bestowed with many awards including Outstanding Man of Florida by St. Petersburg Chamber of Commerce in1976  and inducted into the Alabama Sports Hall of Fame in 1980 . He was also inducted into the Legends of LaGrave in 2006.