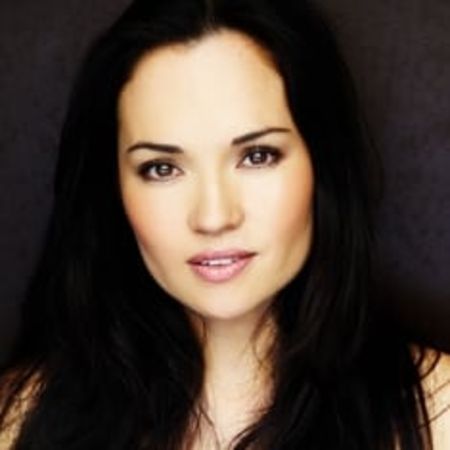 Blaze Berdahl is an American actress, singer is perhaps best known for her playing the role of Lenni Frazier in the PBS children's television series Ghostwriter. She has Ellie Creed in the thriller mystery film, Pet Sematary. She has been married to Stephen M. Tvardek.

Her father was an actor whiole her mother was teacher. She has a twin sister, Beau Dakota Berdahl, who was born just one minute after her birth. Dakota Berdahl is a talent agent by profession.

Berdahl also has an elder brother, Sky Ashley Berdahl, who is a periodontist by profession. She is of American nationality and belongs to white ethnicity.

As for her educational background, Berdahl has studied at Bucknell University in Lewisburg, Pennsylvania.

She has also provied her voice work for Best ABC Video Ever! in 1989. In 1992, she joined the cast of Lenni Frazier on the PBS children's television show, Ghostwriter. She appeared on the show alongside Blaze Berdahl, Mayteana Morales and Sheldon Turnipseed until 1995.

She has also appeared on the television series Aliens in the Family and Third Watch. As fo now, Berdahl is works as a a voice-over actor, narrator and announcer.

How Much Money Does Blaze Berdahl Earn?

Being a successful American actress, Blaze Berdahl has earned a decent amount of money from her film an television career. According to multiple online sources, Berdahl has an estimated net worth of $500 thousand.

The exact salary of the Ghostwriter star but according to online records, a television actor in the United States gets paid $3000 to $5000 per episode of a series.

As we mentioned earlier, Blaze Berdahl is a married woman. She has been married to an an S&P futures trader, Stephen M. Tvardek, of Hoboken, New Jersey.

The couple tied the knot July 15, 2007, in an intimate ceremony at the Onteora Mountain House in Boiceville, New York.

It's been more than 12 years since Berdahl and Tvardek tied the knot and we don't find any divorce rumor. The husband-wife duo doesn't have a child.