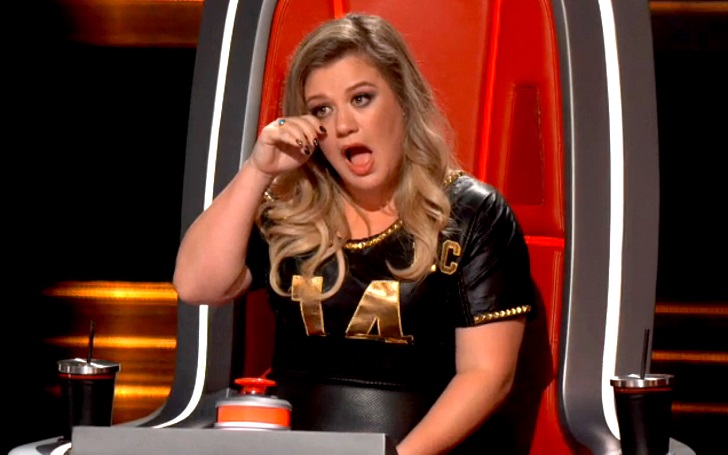 The 2002 American Idol winner, Kelly Clarkson, who has given some astounding hits like, stronger, has joined the cast of The Voice as the newest coach.

Sowing her softer side on The Voice, the new judge, Kelly has gained the title of crier from her fellow coach, Adam Levine. 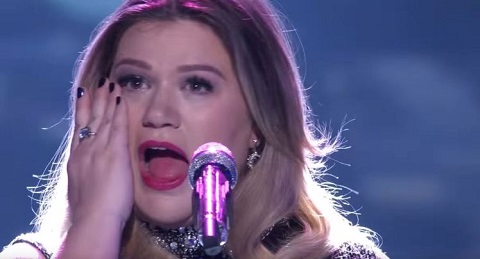 Sharing an exclusive clip with PEOPLE, coach Adam revealed about the softer side of Kelly Clarkson Levine said:

Kelly may come across as this female powerhouse, but she’s a crier. She wears her heart on her sleeve and she cares.

The clip shared with PEOPLE has a montage of all of Clarkson's crying moments during the show’s blind auditions. The background score of the clip features Hootie and the Blowfish's ‘Let her cry’ that makes the moment even funnier.

One of the judges, Blake Shelton, joked about Kelly's emotional side where she breaks down after many of the performances. He said:

She cries so much sometimes there’s a spray of spittle around her chair that you can actually see in the reflection on the floor.

Though Shelton joked about her being a crybaby, he even admitted that she cries because she has a big heart.

sometimes she gets artists on her team because they want her to stop crying. She is a crier because she has a big heart.

Adam is [a crier] because he’s a big baby!

Describing kelly’s persona, one of the judges on the show, Alicia Keys said she was genuine, honest and an emotional.

she is genuine, she’s honest, she’s completely in her emotions and her feelings.

Clarkson's debuted with the single, "Before Your Love/A Moment Like This" which topped the US Billboard Hot 100 chart and became the best-selling single of 2002 in the nation. After winning 2002 American Idol she is serving as the new judge for The Voice currently. The Voice airs Mondays and Tuesdays at 8 p.m. ET on NBC.