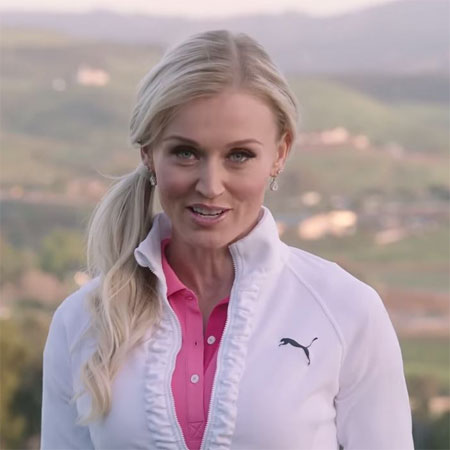 Blair O’Neal is a professional golfer, model and she was the winner of BIG BREAK: Dominican Republican. She says she has been lucky enough to travel the world to play some golf on greatest venues. She was born on May 14, 1981, in Macomb, Illinois, United States of America. She is a white American national.

Shortly after Blair O’Neal’s birth, her family moved to Arizona where she spent the rest of her childhood. She has a sister and a brother. Her father put her in a local junior golf clinic when she was 11 years old.

There Blair O’Neal hit the ball that reached far, which was fun and exciting. After completing her high school, she attended at Arizona State University.

Blair O’Neal began her golfing career when she was 11 years old. By the age of 13 she was playing for the American Junior Golf Association. She also played on the women’s Sun Devil golf team and won the crown of two-time NCAA women’s long-drive champion.

Blair O’Neal recently teamed up with Kelly Rohrbach to skip golf balls across the water in a recent Golf Digest shoot. She has been called ‘One of the Hottest 50 Athletic of All-Time’ by Sports Illustrated magazine. She also appeared in the Sports Illustrated Swimsuit edition magazine with Cobra-Puma three consecutive years from 2011 to 2013.

Blair O’Neal is yet to be married. There were outlandish rumors of some sort of a romantic link up between Justin Bieber and Blair O’Neal. They were introduced in 2015 during a charity golf event on West Coast. Bieber was reportedly friends with Bubba Watson and got seriously into golfing.

Blair O’Neal is a self-admitted Belieber and has even tweeted about it. She was definitely happy to meet the icon himself. However, that is a very loose base to start a relationship rumor.

Golfer and model Blair O’Neal stands tall at the height of 5 feet 10 inches (1.7m), she weighs around 60 Kgs. Blair has a very athletic figure, and her body measurement ratio is 36-35-35 inches.

Blair O'Neal has an estimated net worth of $600 thousand, acc u mulated from her golf games and other activities.