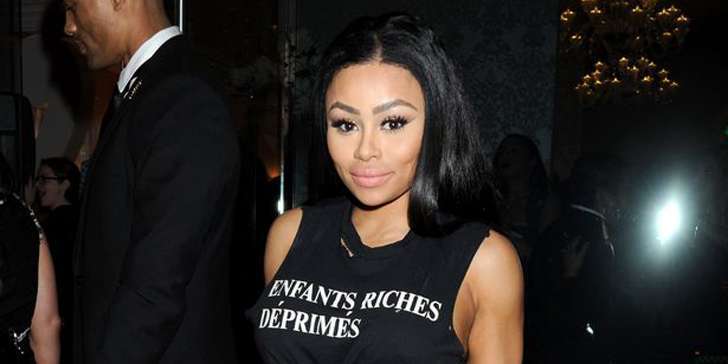 Blac Chyna gained a lot of weight and was bashed by critics for her body. She reveals about her weight gain after hitting back at critics over pregnancy figure comments. The hip hop model is expecting her second child her first with fiancé Rob Kardashian. She has two children, the first one with Tyga. The American nationality beauty, who announced the baby news earlier this month, added a snap of her chilling out poolside in Miami on Monday.

Chyna has revealed she's gained 20lbs after announcing her shocking baby news with fiancé Rob Kardashian. Chyna, who was spending time with her three-year-old son King Cairo with ex Tyga on Saturday, stepped on the scales and took a snapchat pic of her weigh-in, showing the numbers '163.2' on the screen. She captioned the shot: "I gained 20lbs!" Blac recently hit back at critics who posted nasty comments about her figure on social media. She was enraged by the hate comments about her weight gain and immediately responded.

In a now deleted post, she wrote: "To all you people out here with negative comments and insecure words (obviously because you have nothing else to do but criticize the next) I AM HAVING A BABY! She further added, "Exactly what do you expect to see?! If I walked out in makeup and heels every day to be beautiful to you means I WOULD BE MISERABLE AND UNHAPPY which are two vibes I refuse to transfer to my little one. "If I comment on y'all pics and go in on them tired ass weaves or unblended a** contours I'll be wrong right? "It'll be tragic! So stop playing & Put Some Respect on my name."

Chyna was seen backing herself up and surprised all the fans with her news of the pregnancy with Robb Kardashian, the brother of the Kardashians. They were already having marriage rumors and were said to be married soon but the pregnancy news hit earlier than the marriage news itself. So will they finally tie the knot now?