Billy Joel Welcomes Second Daughter With His Fourth Wife-Details About The Baby, Name, Delivery Date and Joel's Past Marriages 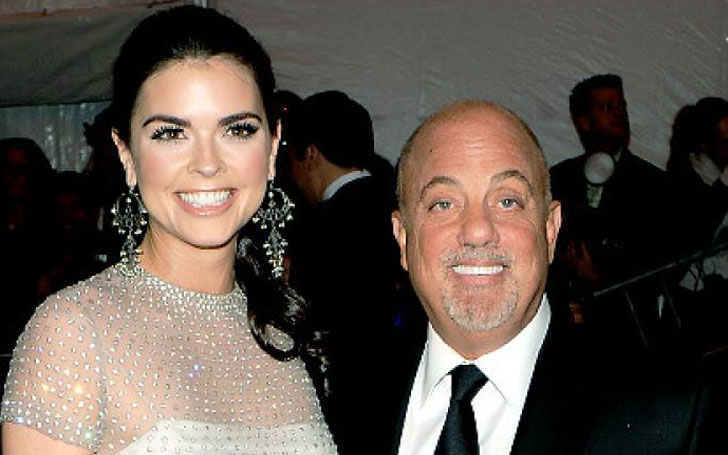 Billy Joel has become a dad for the third time!

Billy Joel confirmed that his fourth wife, Alexis Joel, 35, was pregnant with their second child a few months ago, well, the baby has arrived!

The couple who is already a parent to a baby girl has welcomed a new daughter into their family. Here's all you need to know about the couple!

Remy Anne Joel; Billy Joel, and Alexis' second child together, debuted in the world weighing 7 lbs. 3 oz. Alexis and Remy were both healthy after the delivery.

Billy Joel's older daughter Alexa Ray Joel from ex-wife Christie Brinkley is a singer, pianist and a songwriter like her father. Will Remy Anne follow the same path or make a new one for her? That is a question only time can answer.

It’s been almost eight years since the couple first got together and the bond seems to be growing like never before. Fourth time's the charm for Billy Joel, or so it seems!

Having three failed attempts at marriage, Billy Joel had found peace with girlfriend Alexis who is now his wife.

They’re expecting!#BillyJoel and his much-younger wife, #AlexisRoderick, have baby No. 2 on the way — link in bio for the details! ( Getty Images)

The lovebirds got married after dating for six years at Joel’s sprawling estate in Long Island; they surprised their guests at their annual July 4th party.

Billy Joel's representative described the events In his words

The couple surprised guests at their annual July 4th party by exchanging vows in front of their family and close friends.

Their marriage was officiated by New York Governor Andrew Cuomo, 57. Moreover, the guests included were Joel’s daughter, singer/songwriter Alexa Ray and her boyfriend, the restauranteur Ryan Gleason, and actor Kevin James, 50 among others.