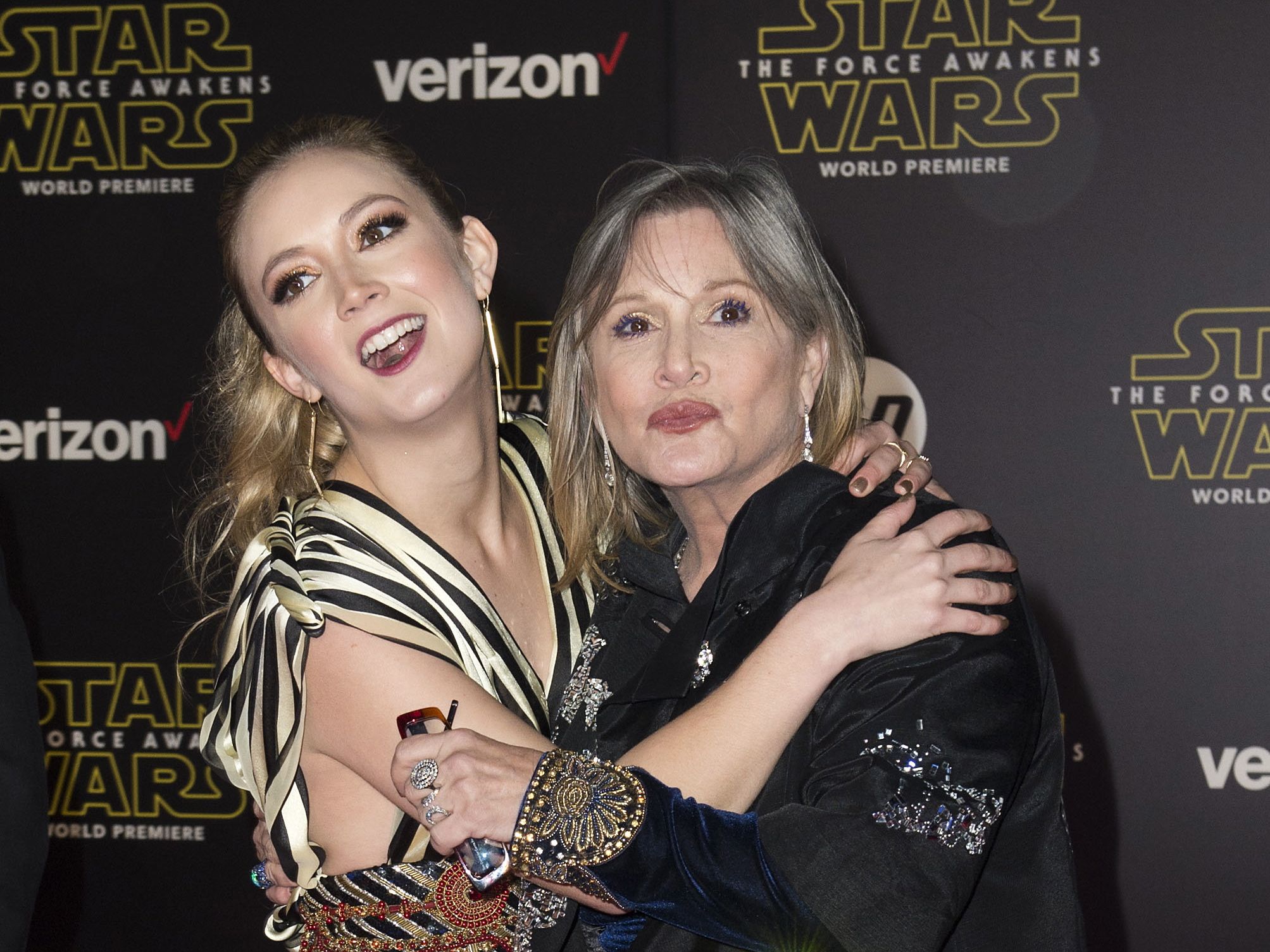 Yesterday was the first death anniversary of Carrie Fisher who died of heart attack at the age of 60. Carrie’s daughter, Billie Lourd shared some sweet words on the anniversary remembering her mother with her fans.

On Wednesday, December 27, daughter Lourd paid tribute to her star wars fame mother with an adorable picture of them hugging each other on Instagram.

Paying a tribute to mother, Lourd shared details of her visit to the northern lights with her father and husband, Bruce Bozzi.

Taking over Instagram, she wrote: “My momby had an otherworldly obsession with the northern lights, but I never got to see them with her.” She added, “We journeyed to northern Norway to see if we might ‘see the heavens lift up her dark skirts and flash her dazzling privates across [our] unworthy irises.’ And she did. I love you times infinity.”

Below are some heartwarming things Billie recently said about her mother Carrie Fisher.

Claiming her appearance in The Last Jedi alongside her mother, Fisher, she was quoted saying “It was incredible,” during the Ellen DeGeneres show in September.

When Fisher passed away, Lourd shared a throwback photo of them with caption:

“‘If my life weren't funny then it would just be true and that is unacceptable,’” she wrote. “Finding the funny might take a while but I learned from the best and her voice will forever be in my head and in my heart.”