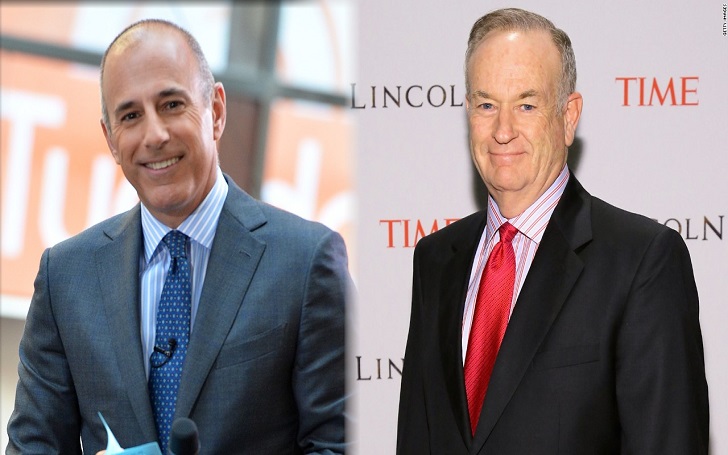 Bill O’Reilly talked about his firing from Fox News Channel and the sexual harassment cases filed against him this Tuesday morning on Today with Matt Lauer. O'Reilly stopped at the show to promote his book Killing England.

Talking to Matt Lauer on his show O'Reilly defended himself against all the claims. He continued to insist his innocence against the sexual harassment allegations that eventually got him fired from  The O'Reilly Factor, Fox News Channel's highest-rated show.

Bill O'Reilly said  his firing from Fox News was a ''hit job'', he told Matt Lauer

If you look at the totality, this was a hit job — a political and financial hit job.

Fox News fired O’Reilly earlier in the year, April, after it was revealed that Fox News had settled sexual harassment claims from at least five, they claimed O'Reilly sexually assaulted them during their tenure at Fox News.

O’Reilly stuck to his original statement saying he had done “absolutely nothing wrong.'' Adding to his defense O'Reilly told Lauer “not in 42 years… did I have any interaction with HR or any complaints filed against (me).”

He went on to say that '' a lot of business things were in play'' regarding his firing. O'Reilly also said that Fox News never gave him a direct reason for his firing, he said they blamed it on '' organized boycotts'' by left-wing organizations.

WATCH: “This was a hit job. A political and financial hit job.” @billoreilly’s full interview with @MLauer https://t.co/btlpOQFXzR

This is O'Reily's first TV interview since his firing back in April.