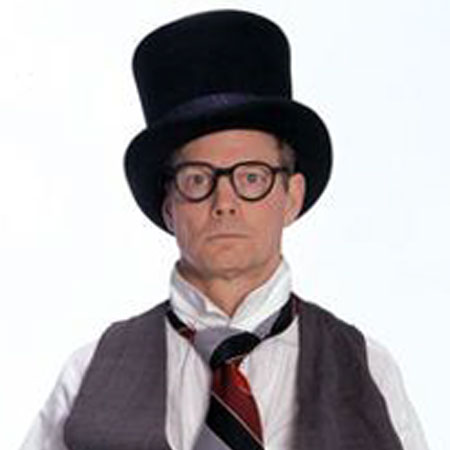 Bill Irwin is an American actor, Clown, as well as dancer. He is well known for his vaudeville-style stage performances and has been noted for his contribution to the renaissance of the American circus during the 1970s. He also received the first New Victory Arts Awards for bringing arts to children, and children to the arts.

Bill Irwin was born as William Mills Irwin on April 11, 1950, in Santa Monica, California, United States.  He belongs to white ethnicity and holds an American nationality.

Irwin is the son of Elizabeth Irwin and Horace G. Irwin. His mother was a former teacher and his father was an aerospace engineer. He is the oldest child of three children.

In the year 1974, Irwin graduated from Oberlin College in the United States. The same year, he joined the Ringling Brothers and Barnum & Bailey Clown College.

Bill Irwin began his acting career in 1980 with the movie Robert Altman's Popeye as Ham Gravy and appeared in more than twenty movies. His notable movie is Dr. Seuss' How the Grinch Stole Christmas (2000) as "Lou Lou Who."

In the year 1987, Irwin appeared in the TV series, The Cosby Show starting with Erika Alexander, Raven-Symone, Keshia Knight Pulliam, Lisa Bonet and more. The show was aired for eight seasons on NBC from September 20, 1984, until April 30, 1992.

Irwin appeared in several movies and television series such as A New Life, 1992 Northern Exposure (TV Series), Manhattan by Numbers,  Sesame Street Presents: The Street We Live On and more.

Irwin has also appeared in many films, and television productions, including the PBS Great Performances, telecasts "The Regard of Flight" and "Bill Irwin Clown Prince."

Irwin won a New York Drama Critics Circle Special Citation Award in 1988, and an Outer Critics Circle Award as well as Drama Desk Award in 1989. He also received the Tony Award for Best Actor in the revival of Edward Albee's "Who's Afraid of Virginia Woolf?" like George.

Is Bill Irwin Millionaire? Know His Net Worth, Salary and Earning

Irwin's acting career has been the main source of his earning. Besides, he has also been earning well from his Clowning and singing career. Irwin's net worth might be in millions, but his exact net worth has not been disclosed yet. Some of the sources have claimed his net worth $3 million. In the USA, the actor gets paid an average salary of $50 thousand, so he might have received his salary in the same range.

Here is the list of his movies box office earning and its production budget:

Who Is Bill Irwin Married To? Know All Detail Regarding Her Personal Life

Bill Irwin married Kimi Okada on 19th April 1977, and after an affair for several years. The couple stayed in relation for five years and divorced in 1982.

Irwin's ex-wife Kimi is a Choreographer. She was too nominated for Broadway's 1989 Tony Award as Best Choreographer with her husband Bill Irwin for "Largely New York."

Irwin married for the second time to Martha Roth Irwin in 1990. The couple adopted a son Santos Patrick Morales Irwin in 1991.

Irwin wife, Martha is an actress-turned-nurse midwife. They first met when Irwin went for the cure of a stiff neck in a hospital where Martha was a nurse there.

Irwin's mother, Elizabeth died on October 23, 2012, at home in the Woods. His mother Elizabeth became an inspirational, dynamic force for change and social justice in this community.