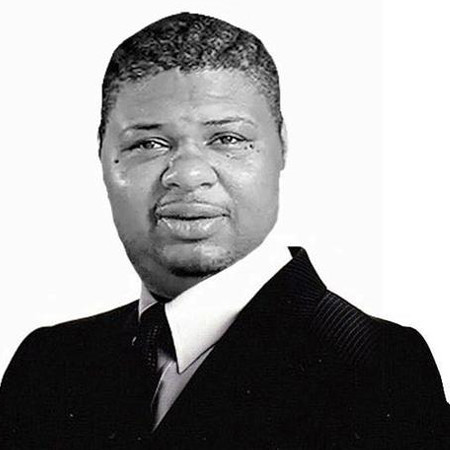 Big Narstie is the stage name of Tyrone Lindo, who is a grime artist of English nationality. However, he is known better for his work as an internet personality. He is a member of the grime crew N Double-A.

Big Narstie was born as a Tyrone Lindo on the 16th of November, 1985 in Lambeth, London. He is of British nationality while his ethnicity is unknown.

Born in 1985, he graduated from Stockwell Park High School and Platanos College.

He started his career in 2003 and became a member of the grime crew named N Double-A.  He was signed into the independent label Dice Recordings in 2006 and he released tracks with Coldplay, Shystie, Solo, LMan and Demon. He then released the track Brushman which became the Song of the year of the RWD Magazines. He has also been portrayed in videos of Before I Die of Professor Green, N-Dubz N.A.A by Camden group and has also released mixtapes like Mind of a Fat Guy, Drugs and Chicken, I'm Betta Than U.

The Gym Group had me roll out to spend the day working out with some youngers and helping them sweat out exam stress They’re giving away free six week memberships to 16-18 yr olds, end of May to mid-July Exercise helps me overcome stress, so let it help you too! Man dem and gyal dem sign up by visiting www.thegymgroup.com/6weeksfree #TheGym #6weeksfree #noBigNarstieSurprises #sponsored

In 2012, Big Narstie released his mix CD called Pain Overload and he later released his first E.P #PAIN on the same year. He also won the 2012 Urban Music Award for being the Best Grime Act. As of 2013, he joined the label WagWan and released his second EP entitled Don't F**k Up The Base which became the bestselling grime EP of the year.

He has also been included in several tours and has performed at several festivals in Europe including Hip Hop Kemp Festival, A Day in Dam, Black the Ripper, etc. He released the EP Hello Hi in 2013 which was equally popular. In 2014, he released What's The Story Brixton Glory Part II and has also featured on the sitcom Dubplate Drama. The films Anuvahood and London State of Mind also have portrayed him. He has also appeared on several YouTube videos and for his series Uncle Pain.

The famous rapper, Big Narstie has a net worth of around $2.1 Million.

Big Nartsie has a hidden personal life. His relationship status is not much known about. His dating history comes out empty and it seems that no information regarding his affair and girlfriend history has ever been leaked to the public. Either Narstie is focusing more on his career rather than on his relationship, or is doing a pretty good job of hiding details about his personal life.

It is known that he has never been married and does not have a spouse. He also does not have any children yet. He has never been a s sumed to be gay or bi-sexual and his personal life seems to be hidden away carefully from the public. Fans of this grime artist can hope to know more about the personal life of this artist who solves other's issues from his series, Uncle Pain.