Big Hero 6 Actor Ryan Potter has an impressive Career at a young age; Details of his Net worth and Salary here!!! 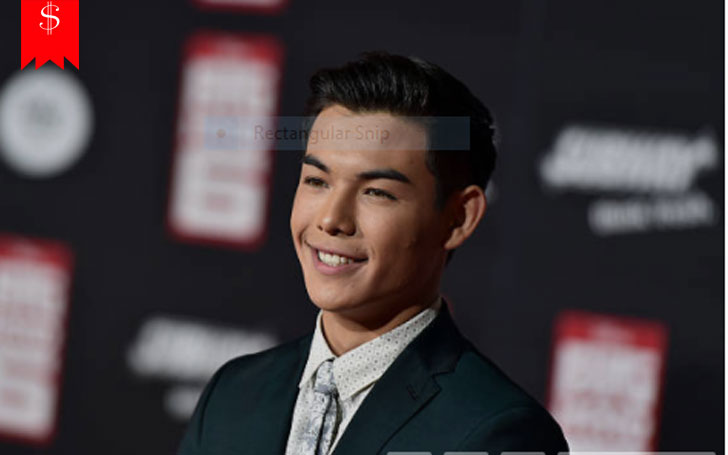 Popular American actor Ryan Potter started his acting career at the age of 15. He is best known for voicing the 2014 Oscar-nominated animated movie Big Hero 6 as Hiro Hamada and also as Mike Fukanaga in Supah Ninjas.

Most recently, the actor has been cast in the TV series Titans for the role of Beast Boy which is set to release in 2018. How much has the actor earned from his career? Are you interested in the lifestyle of the actor? Well, we have all the details of his sources of income and assets here.

How Much Is Ryan Potter's Net Worth? What Are His Sources Of Income?

Ryan Potter has earned quite an impressive amount of money through his seven-years-long acting career. According to some sources, his estimated net worth is around $14 Million which is not an official figure.

The 22-year-old actor made his debut as the lead character in Nickelodeon's Supah Ninjas in 2011. The series was aired for two seasons and canceled in 2013.

Actor Ryan Potter's estimated net worth is around $14 Million

Following the success of the show, he became one of the Nickelodeon's popular young stars. He was also featured in several teen magazines.

The actor also appeared in Nickelodeon's special Nickelodeon's Worldwide Day of Play, Figure It Out and TeenNick HALO Awards in 2011.

Ryan also served as a voice actor in Disney's Oscar-winning animated film Big Hero 6 for the lead character Hiro Hamada. The movie made a box office collection of $657.8 million. Currently, he has been cast in the TV series Titans for the role Beast Boy and Jo, the Medicine Runner.

Ryan Potter; His Assets And Lifestyle

If his Instagram is trusted, we can say the actor also loves visiting new places and partying a lot. He has been spotted in several new places.

Potter also spends his money on branded items and gadgets.

Potter has also been engaged in philanthropy activities. He is the founder of Toy Box of Hope which he established in 2011. The organization yearly conducts charity events for homeless children and also provide toys for them.