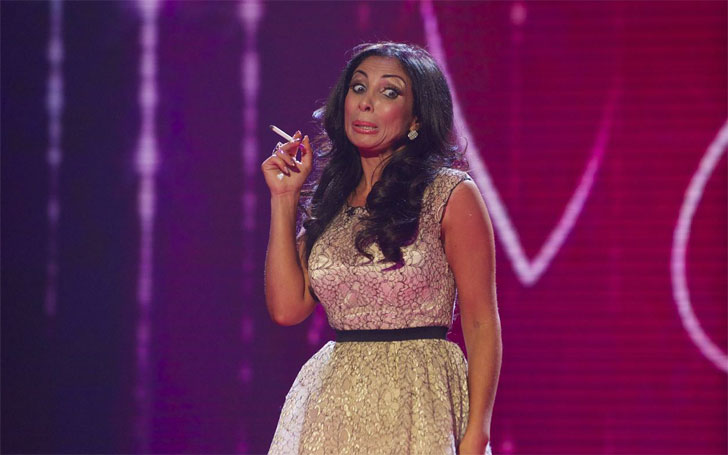 The dark haired beauty, Francine Lewis captivates everyone with her exceptional talent of Impressionism every day.

Being the only female impressionist comedian to ever make live shows and the owner of the First Impressions Cosmetics, she captivated the British public and celebrity judges on Britain’s Got Talent with her uncanny impersonations of some biggest names in the entertainment industry.

.And we’re here to give you all the information you need to know about Lewis’ husband and her personal life. So stay with us until the end!

Francine Lewis as an Impressionist

Lewis discovered her talent as an impressionist around 2013 and decided to enter the seventh series of Britain’s Got Talent. Before starting her career as an impressionist, she worked as an actress on several television shows such as Loose Women and The Generation Game.

Francine Lewis on Britain's Got Talent

Her prior notable work caused problems when she auditioned for Britain’s Got Talent, as many thought that she was already too notable to enter a talent competition. But she gave a strong and bold answer to those who doubted.

"I've been out of it for such a long time and it's a show, it's a variety show, there are nowhere [else] for people like me. I have gone and stood on stage and did what I do best, it's a competition and there's a different generation out there."

During the show, she won her semi-final, receiving 23.1% of the public vote to earn a place in the final on 8 June. Then, Lewis participated in the finals of BGT on 8 June, where she did Alan Carr, Geri Halliwell, Audrey Roberts, and Deirdre Barlow and concluded her performance by singing a parody of "Barbie Girl" called "Glamour Girl", in character as Price.

Video: Francine Lewis' Finale Performance on Britain's Got Talent on 2013

Even though she failed to win, she finished in tenth place overall.

The former English television presenter has a very secretive personal life. She has never revealed anything about her past relationships either.

She was speculated to be in a romantic affair with Sacha Tropper on 1989. But because of various career issues, they couldn’t last very long and broke up after a whole 10-year long relationship in 1999.

Lewis then started dating Joel Ryan who is the director of Loftworld around 2009. Francine Lewis is now married to Joel Ryan, they got married in 2010.

Francine Lewis' Children and Life as a Mom

Joel and Francine have two children, Brooke and Jake together.Francine is not only very versatile with her work but is also much focused towards her family. The mother of two gives all her attention and love to her family and husband as much as possible.

Francine Lewis with her family.

Both Lewis and Ryan have a very happy married life as of now. A family is so important to Francine that she told in an interview that her biggest achievement in life is being a mom.

My incredible daughter sang for her daddy it was so emosh everyone was in tears! So proud as she is so shy with an amazing voice ??? pic.twitter.com/RUbQuiwdpD

St the #bgt finals with my baby xx pic.twitter.com/HOWWk5Vqg3

Being a good mum first off is my biggest achievement: bringing up two incredible children. Other achievements are appearing on some great TV shows.

Francine is currently very happy with her husband and is working on a new TV project which is a popular booking for corporate gigs. She has also been hired to perform at a number of hi-profile celebrity private parties.

The gorgeous comedian deserves all the happiness and love and we would like to wish her all the luck for her upcoming years in the industry. To get more information about Francine and her life, stay tuned!!