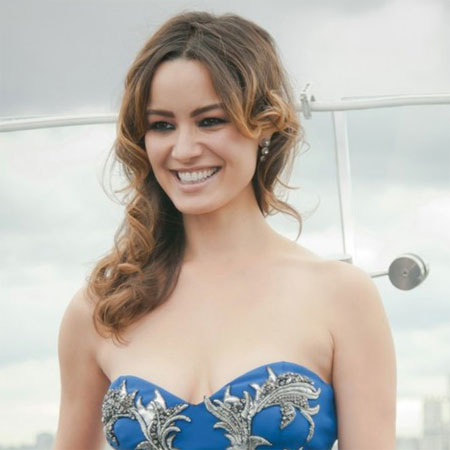 Berenice Lim Marlohe is a French actress and model who was born on 19th May 1979 in Paris, France. Her father is a doctor and is of Cambodian and Chinese descent and her mother was a teacher who is French. She first attracted the attention when she had done the glamorous twenty third bond film Skyfall. She had also acted in a French comedy Un Bonheur n’arrive jamais seul with Sophie Marceau. She is a Brand ambassador of Omega Watches. Berenice likes to play a role of bad boy like mafia chief or joker. She believes in Signs and faith.

Since her early age she was a good student having passion for the arts. She had studied music and arts in the prestigious French arts school Conservatoirede Paris for ten years. She also learnt French, Spanish, Arabic and English. By her late teens she had begun a successful modeling career though her ambition was to act. She had also enrolled at the Beatrice Brout International School of Acting for the study of acting method, clowning and improvisation.

She may be the most beautiful woman but she had stated to a magazine that her ideal man does not have to be handsome to catch her eyes.

She had struggled a lot and was totally unknown about the industry.

Her estimated net worth is around $275 million.

Making her debut with a short film in a minor role named La discordance in 2007 as La jeune femme. She has done several TV Serials. She had acted in Femmes de Loi in 2008. In the same year she had done Pas as de secrets entre. Also she had done Section de recherches in the same year. In 2009 she had acted in R.I.S, police scientifique..Again in the same year she had also done roles in a crime series twice, once in the year 2009 and next in 2012. In 2010 she had worked in a TV movie Le pigeon. Also in the same year she had done a TV serials episode 1, 2, 3, 7 and 9 Equipe medicale d’urgence as Alexia. In her movie Happiness never comes Alone she has done role of Laurent’s in 2012. She is quite famous for her acting as a bond girl named Severine, in year 2012’s hit film James Bond’s Skyfall. She trusts fate very highly and believes in it too. She had stated during an interview that in her dream she used to acting with the great Javier Bardem almost around six months before she had done the James Bond film auditions, stating that after that dream everything would be fine after it. She is doing a new moving in 2014 named 5 to 7 and a Terrence Malick project that is yet to be named with actors Natalie Portman, Ryan Gosling and Rooney Mara.