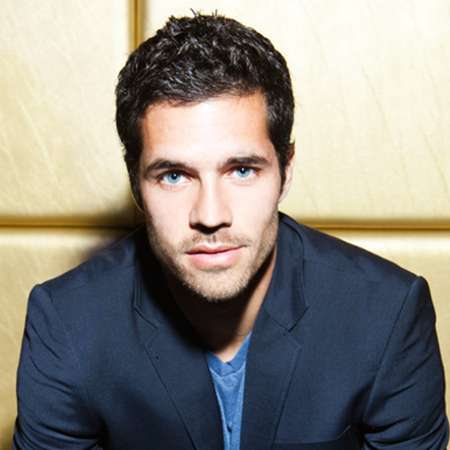 Midfielder, Benny Feilhaber is an Brazilian-American soccer player, better known for his game winning goals in the 2007 Gold Cup .Benny had several transfers in his soccer career and now he plays for his current team Sporting Kansas City with equivalent fervor.

Born on January 19, 1985 in Rio De Janeiro, Brazil, Benny was raised by Jewish parents and when he was around 6 years, they decided to move and settle in the USA. Benny had soccer abilities since a tender age. Benny led a local soccer team into winning the New York State Cup for the under 12 division. Later in 2005, the turning point in Benny’s life came when he was called up by the U.S. under- 20 national soccer team to play in the 2005 FIFA World Youth Championship in the Netherlands and was later named as US Soccer’s Young Male Athlete of the Year. Benny’s performance grabbed the attention of numerous European teams. Benny’s career started to elevate when he signed for Hamburg SV II based in Germany in July 2005. On October 12 2006 Benny made his Bundesliga debut in a 2-1 loss against Schalke 04. On June 2 2007 Benny delivered two goals for his nation in a friendly match against China PR. Later again on June 24 2007 he scored two victorious goals for USA in the 2007 CONCACAF Gold Cup which was later voted U.S. Soccer’s Best Goal of the Year. While in the club he made forty nine appearances and delivered three goals. Benny was later transferred to Derby County F.C based in Derby, England on July 1 2007 with a transfer fee of 132 million pound. He could not play much in the club as he was freely transferred on July 1 2008 to Aarhus Gymnastikforening (AGF) based in Denmark. Benny played exceptionally in August September and October of 2010 which resulted in his huge fan following. Benny scored six goals in his first 8 leagues and 3 cup games and among them the most notable one was when he scored a hat trick in the win over Skive in a Danish Cup with 6-3. He later scored a fascinating goal from a free kick in a victorious game against Koge. While in Aarhus GF he appeared in fifty eight matches and delivered five goals and also got a chance to be a part of the 23 man squad for the FIFA World Cup held in South Africa in 2010. In the FIFA Benny was used as a substitute and got a chance to play in two matches against Slovenia which came as a draw and Algeria which was victorious with 1-0. Benny was later substituted in for Findley in the second half of the USA against Ghana game. He also gained huge recognition there when the commentators remarked about his ability to generate plays and also admired his readiness to make decisions.

Later, on April 1 2011 Benny was transferred to New England Revolution based in Foxborough, Massachusetts. In the club, Benny played the Major League Soccer. Benny appeared in fifty two matches and delivered five goals. Feilhaber stayed in the club till 2012 .Benny got married to his girlfriend Michele Allred in 2012 in a ceremony in California. Later on December 1 2012 Benny was traded to Sporting Kansas City based in Kansas city ,Kansas in exchange for a 2014 MLS SuperDraft first round pick, a 2015 MLS SuperDraft second round pick and allocation money. Benny has a height of 178 cm and a weight of 73 kg. Although his salary is unknown his current market value is estimated to be 440 thousand pounds .Benny is noted for being a part of the MLS (Major League Soccer) Cup in 2013 and being the champions. While in Sporting Kansas City he appeared in twenty three league matches and delivered three goals. Benny is recorded to have appeared in sixty seven matches and delivered six goals for USA. To this day while in Kansas City he has appeared in forty matches altogether and delivered four goals.