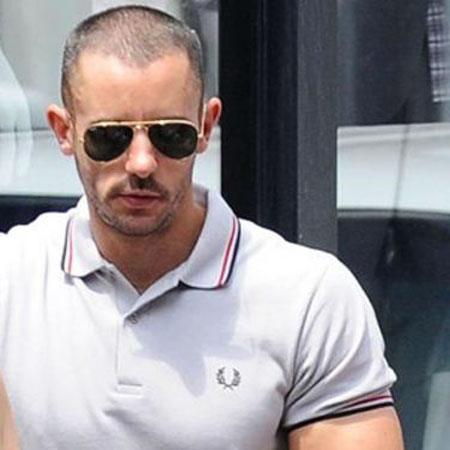 French businessman, Benjamin Maisani is better known as a boyfriend of a renowned American journalist, Anderson Cooper. Cooper is the primary anchor of the CNN news show Anderson Cooper 360°. The couple broke up in 2018 but still living as a family.

Maisani’s work experience as a bar owner has also earned him some popularity and fame. In one of the interview, he mentioned that he likes to keep a low profile.

Benjamin Maisani was born on 27th January 1973, in Corsica, France. He belongs to Caucasian ethnicity and holds both French and American nationality. His birth sign is Aquarius.

Benjamin Maisani began his career working at Morgan Library at the Madison Avenue. Due to the low payment, he ended up taking a job at Barracuda in Chelsea. He later continued to work at the bar as the work was beneficial to him.

Maisani worked as a bartender, but now he owns three restaurants throughout the New York City. He opened his first gay bar, Eastern bloc at 505 E 6th St and later Maisani opened his next venture at 40 Avenue C and named it Bedlam Bar & Lounge.

In 2013, Maisani opened up his third bar, Atlas Social Club at 753 9th Ave, New York City. He has also owned Sugarland Nightclub in Brooklyn. However, due to some personal reason, the bar closed in 2014.

Benjamin Maisani's Net Worth And Salary

French Businessman, Benjamin Maisani's estimated net worth is around $4 million. He must have earned a decent amount of money from his four-bar clubs.

As the average salary for the US, the nightclub owner is more than $100,000, and Maisani's salary also falls around this figure.

In 2009, Maisani and his boyfriend, Anderson Cooper purchased a house at Greenwich Village worth $4.3 million.

Besides, the duo owns various other homes also including a mansion in Connecticut which estimated to be between $5 million to $9 million. His partner has a waterfront in the Hamptons which cost $1.7 million.

Benjamin Maisani is openly gay and dating a famous American Journalist & author, Anderson Cooper. The pair began dating since February 2009 and has been in a relationship for six years.

The pair is seen together in many media events. They were spotted at 2015 Elton John AIDS Foundation’s Enduring Vision Benefit which was organized at Cipriani Wall Street in New York City.

They are living a blissful life in their new Greenwich mansion. They always seem supportive to one another and shared a strong bond as a storm.

There are many speculations about their wedding news. However, no official confirmation has come about it from both sides. The couple broke up their relationship in March 2018. Despite the breakup, they are still living as a family.