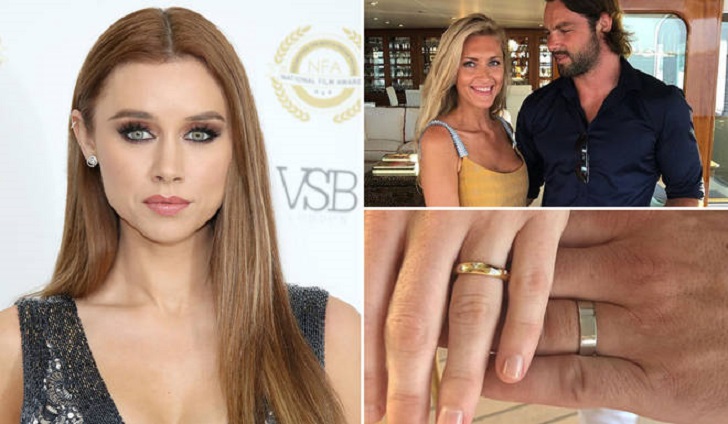 English Rugby Player Ben Foden Has Tied The Knot With His Girlfriend Of Two Weeks In Nantucket.

Ben Foden, who is a rugby union player for Rugby United New York, is married to girlfriend of two weeks, Jackie Belanoff Smith.

Ben uploaded a series of pictures from the surprise wedding ceremony via his social media account. He revealed that they got married onboard a yacht in Nantucket, Massachusetts. He also uploaded close-up pictures of his and his spouse’s new wedding bands alongside with numerous images of their celebrations.

Ben captioned the pictures describing the moment since he met Jackie. He claimed that he met a girl who swept him off his feet and in a time of hardship showed his love, a deeply devoted love.

Ben also claimed that many critics might say that the couple is “mad or crazy or even fools” as they have only been dating for over two weeks.

The 34 years old player admitted that his new wife had brought excitement and joy to his life. Ben, who separated from Saturdays singer Una Healey last year, has received blessings from his ex-wife.

Ben claimed that his current wife would be a great stepmother to his seven years old daughter Aoife and four years old son Tadhg.

For the special ceremony, Ben wore a blue shirt and white jeans whereas his wife wore a fitted yellow dress with embellished straps.