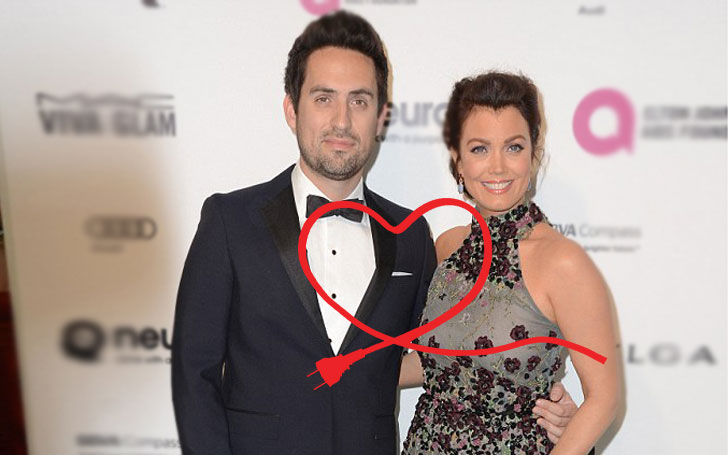 Bellamy Young, a well-known face in the Hollywood industry who is popular for her role in Scandal as Frist Lady Mellie Grant, seems to have found a new love. Though she has always successfully presented her character as strong and confident women, when it comes to her life behind the camera we can’t deny that she does have a soft heart.

Who is this man in Bellamy Young's life? We have all the details here!

Who is Bellamy Young Dating Currently?

Scandals' Bellamy Young's current boyfriend is a complete heartthrob Young is dating the British actor/ writer Ed Weeks. The actor, comedian, writer, and producer and plays Dr.  Jeremy Reed on the series “The Mindy Project”, if you needed a reminder

We went to the bases ball! #innings

These two caught everyone's attention at the 2016 Elton John’s AIDS Foundation Oscar party after they gave quite an interesting display of PDA. And one of the attendants spilled it all to Daily Mail, the witness said:

“Ed had his arm around her and was whispering in her ear and kissing her neck. They were very flirty and couldn’t keep their hands off each other. It seems like a new love.”

Well, that sure does say the couple is dating!

Thanks so much @brooksbrothers for the tux last night

Age doesn’t matter in a Relationships or Does It?

In case of Bellamy and Ed Weeks, they are fine with the age gap that they have. It seems that Weeks being almost a decade younger than Young is not a problem at all. Young is in her late 40s whereas Weeks is in his late 30s.

The two also went to the 2016 White House Correspondents Dinner together. Ed Weeks even took to Instagram to share a picture.

Bellamy Young is definitely a relationship kind of girl, however,  she keeps her private life away from the media, most of the times.

She has, however, been public about two of her relationships so far, one being Joshua Leonard whom she dated from 2000 to 2002 and now Ed Weeks with whom she has been in a relationship since 2016.

As of now, the couple, Young and Weeks has been receiving lots of love and support from their well-wishers and we do hope that their relationship goes ahead successfully.