Behati Prinsloo shops for her coming child, with Lily Aldridge 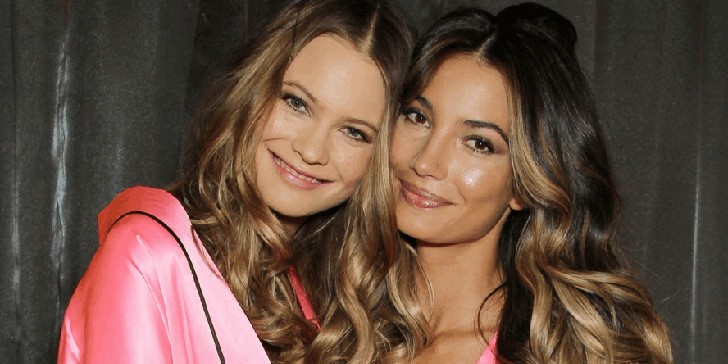 Behati Prinsloo is a Namibian model. She was born in Namibia. She became the face of the Victoria's Secret sub-brand Pink and later became the Victoria's Secret Angel in 2009. Her net worth is estimated to be around $3 million. She dated actor and the lead singer of the band Maroon 5, Adam Levine. The couple got engaged in 2013 and Later in 2014 they got married in Mexico. They are now expecting their first child together. Behati is pregnant and is expected to have a baby girl this year.

The couple announced of their happiness this March. We all know that Behati is close friends with Victoria's Secret fellow model Lily Aldridge. They recently were spotted going shopping in West Hollywood, California. Prinsloo looked easy and breezy in a shimmery gold dress that put her budding bump on full display. The model also accessorized her stylish maternity look with a black ribbon choker, reflective blue sun glasses and a pair of quirky slip-on shoes. Aldridge, also appeared in a boho style wearing a cool white cotton dress and carried a colorful floral embroidered purse. These two stylish ladies already did a girls night out last week and are hanging out a lot lately.

There are several pictures of these two out shopping, looking all glamorous and stylish. Looks like Aldridge is helping her friend out to pick up things for the expected new member in the family. After all, what are friends for. Even Lily is very happy for her friend and looks forward to being an aunt soon. Prinsloo is excited about her experiences of pregnancy and being a mom for the first time. Maroon 5, singer and Prinsloo's husband Levine seems to be ecstatic about being a father too. He also said that he would love to be a father and is even ready to have 100 kids. The delivery date is however not disclosed by the pair.