Be acquainted with BBC's anchor and Correspondent Laura Trevelyan's bio 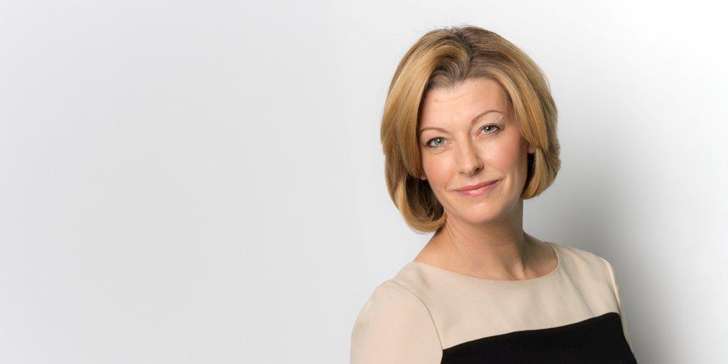 Laura Trevelyan, the anchor of BBC's US newscast BBC World News America,  as a correspondent, has reported for the BBC covering humanitarian crises and diplomatic visits, interviewing public figures and newsmakers from around the world.

She was the BBC's US correspondent from 2006 to 2009 after she moved to the US in 2004. She was deployed to Sudan, Chad, Haiti, Congo, Sri-Lanka, Kenya, and Gaza to cover United Nations Headquarter's humanitarian and peacekeeping work in the field.

Laura Jane Trevelyan, the eldest of three children, was active in the media since 1991.  After beginning her career as a journalist in 1991, she has also written two books  A Very British Family: The Trevelyans and Their World, published in 2006 and The Winchester: An American Icon.

Trevelyan is married to the president of ABC news Mr. James Goldston and now she lives with her husband in New York City with their three sons. Before getting a first class degree in politics from Bristol University, she studied at Parliament Hill Girls School in London. She once traveled with Ban Ki-moon on his first overseas trip to Africa.

Can't leave Louisville without thanking the good ladies of @beardsbeerslou who got my hair into shape at 5.45am! pic.twitter.com/L4WH6AzDAb

While in New York, she investigated the sex trafficking trade from Mexico to the US and uncovered the incident of Mexican village from where girls were exploited and sent to New York to sell them for sex. She earns a good amount of money by her work as a correspondent and author of two books.

Mother of three boys who lives in a family of 5 have not revealed her net worth but looking at her sources of income and her work she must have a very good net worth. 47-year-old Laura had given birth to a child three times but still she looks beautiful and has maintained her body well.