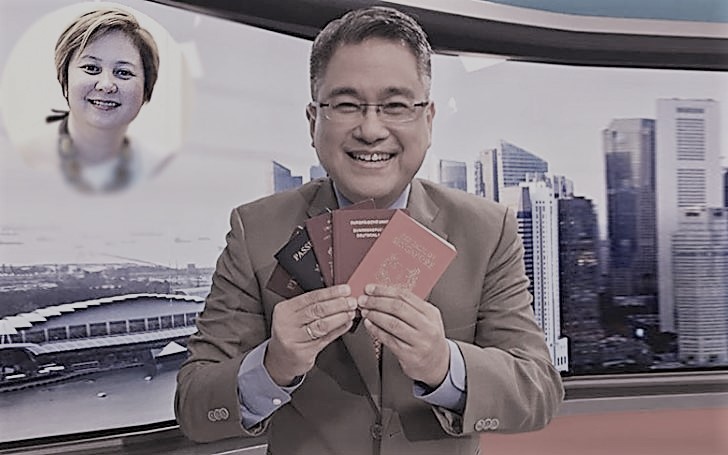 While Rico Hizon is the sole Filipino anchor at BBC World News who is handling Asia Business Report and World Business Report, Melannie promotes Filipino artists in Singapore and Indonesia by mounting exhibitions of their work.

It all started when the couple was set on a blind date by their mutual friend and since then till now, they have had eyes for each other only!

Collecting Filipino art is a hobby of ours. We merged our personal collections when we got married, and they include works by the country’s masters, BenCab, Ang Kiukok, Jose Joya, Arturo Luz, Cesar Legaspi, Anita Magasaysay-Ho, and leading contemporary artists Jose Santos III.

The Filipino art collector couple is also blessed with a child.

Rico and  Melannie, the beautiful couple has a child. The Hizon family together

Since the couple has always managed to keep a low personal life profile, not much is known about their son. However, their son's name is reportedly Migo and is now 14- year- old.