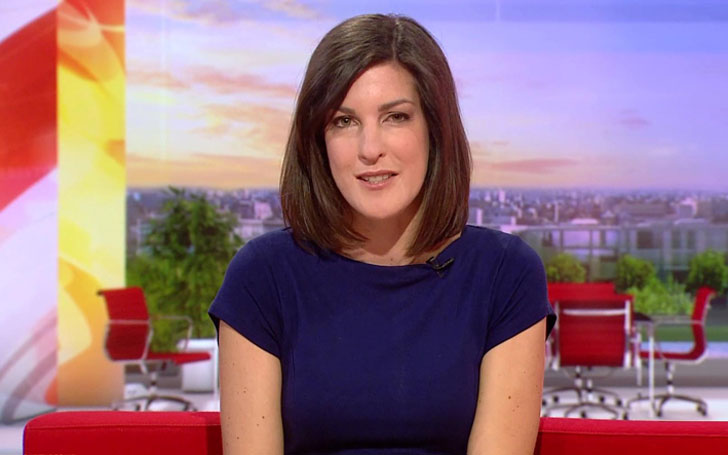 Katherine covers Sports news for the BBC’s famous show 'BBC Breakfast' while her husband Tim runs his own business. Even though the couple isn’t all over the media, theirs seem to be a quite happy marriage. We have some exclusive details for you!

BBC journalist Katherine keeps her private life away from the media. Her personal life is overshadowed by her professional life. Usually, she covers all sports news on BBC Breakfast.

Katherine’s husband Tim Sleap, not being a public profile, doesn’t have much recognition in the media. What is known about their marriage life is the fact that the couple doesn’t have any children yet! And, as it has only been 4 years since they got married, maybe, they aren’t in much rush!

BBC Breakfast presenter, Katherine Downes was so happy to get married; she actually had a change of five gowns during her wedding!

That’s truly brave! And for that Katherine was named bravest bride ever by the Bridal Magazine in their 2013 May/June issue. Television presenter Katherine Downes and Businessman Tim Sleap got married on June 1, 2013.

The couple got married at the All Hallows Church in Sutton-on-the-Forest, located in Katherine’s parents’ home town.

According to the Bride magazine, she had a change of five gowns!! One of which was a stunning Suzanne Neville lace gown that complimented her traditional country wedding. The couple honeymooned in Ecuador and the Galapagos Islands.

It has been 4 years since their marriage, and the couple still seems to be just as fond of each other. That’s quite rare!

Katherine joined BBC South East in 2009 where she worked for three years. During her tenure at BBC South East, she won the Royal Television Society award in the category of Best New Comer TV Presenter in 2010.

@KDownesBBC good morning Kat perhaps you should do a bit more research regarding Messi and tattoos pic.twitter.com/KmZSoSUEOY

She moved to Salford and joined the BBC Sports team in 2012. Currently, she hosts the BBC’s morning show BBC Breakfast along with BBC News.

Katherine presents every Sunday in the BBC Breakfast Show along with co-presenters of BBC Breakfast like Louise Minchin, Dan Walker, Naga Munchetty, and Susanna Reid.

There she covers sports news of the week.  She also frequently chats with visitors, asks them about current sports issues, and analyzes the current issues in sports.