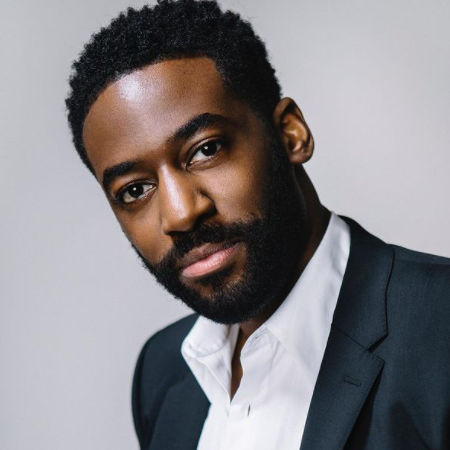 Ashley Thomas, popularly known as Bashy, is a prominent English rapper, musician, and actor who released his debut album titled 'Catch Me if You Can' in June 2009. As an actor, he appeared in the TV series Top Boy and in the action film The Veteran. Currently, the rapper c u m actor plays Henry Emory in the Amazon Prime Video horror drama series Them.

Born in 1985, he celebrates his birthday on 4th February. His birth name is Ashley Thomas. As of 2021, he is 36 years old and holds British nationality.

At eleven, his family settled to Kensal Rise, northwest London, where he went to the Cardinal Hisley High School before attended St. Mary's of The Angels RC Primary School.

He also learned his theatre at The BRIT School for Performing Arts. During his early years and struggling phase, he worked as a postman for Royal Mail just to save money for his further music career. He also served as a bus driver.

The 36-year-old rapper reportedly has a net worth of $2 million as of July 2021. Most of his income comes from his music and acting career.

He receives a hefty sum of fortune from his album sales, endorsements, collaboration, streaming platforms, and social media outlets. He also runs his own website termed 'bashy.'

The rapper began his music journey publishing mixtapes/eps such as Ur Mum Vol One, The Chupa Chups Mixtape, The Fantasy Mixtape, and more. 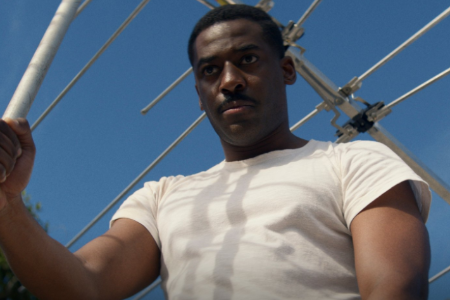 Bashy as Henry Emory in the Amazon Prime Video horror drama series Them SOURCE: Twitter @THEM

Bashy released his debut titled 'Catch Me if You Can' in June 2009. It features singles like Black Boys, Kidulthood to Adulthood, Who Wants to Be a Millionaire, and Your Wish Is My Command.

His other released tracks are Make My Day, These Are the Songs, and Bring the Lights Down. He made his guest appearances in music such as Clones by Akira the Don, She Likes to by Wiley, and Bad Boys Don't Cry by Loick Essien.

Apart from his successful music career, the tall, dark and handsome musician has also appeared in numerous movies and TV series. He first appeared on the TV Channel 4 series Black Mirror.

Furthermore, he starred in the action film The Veteran (budget £2 million) and zombie comedy film Cockneys vs Zombies (budget £2.25 million and box office $109,51).

As of now, he plays Henry Emory in the Amazon Prime Video horror drama series Them, alongside Shahadi Wright Joseph, Ryan Kwanten, and Alison Pill.

'Who Wants to Be a Millionaire' singer is possibly single as of right now. Going through his social media, he has not mentioned anyone as his girlfriend and partner. 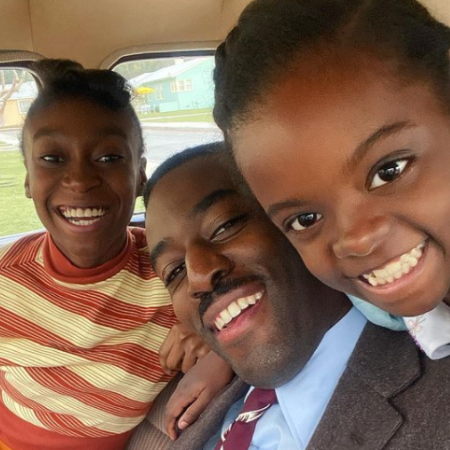 Bashy with his two young co-stars of TV series THEM SOURCE: Instagram @bashy

He is active on his self-titled Twitter, which has nearly 110k followers. On the other hand, his Instagram @bashy, with more than 98 thousand followers, is full of promotional posts and photos with his co-stars, friends, and family.