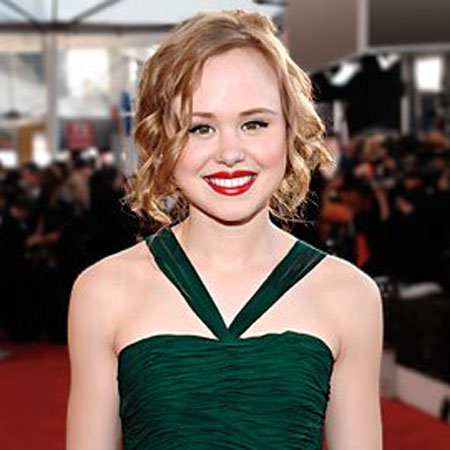 Alison Pill was born in Toronto, Ontario on 27th November 1985. Her father, a financier, is Estonian. Not much is known about her childhood and family. She is a Canadian born actress who is a Christian.

Pill attended Vaughan Road Academy where she enrolled in the program "Interact", designed for students interested in dance, music, athletics, and theatre.

Alison Pill decided she wanted to be an actor at the age of 10. As a member of the Toronto Children's Chorus, she was chosen to narrate one of their performances. Her mother tried to discourage Alison by getting her a job as a background performer on the series Kung Fu: The Legend Continues.

By the time she was 11, she'd played a guest role on an episode of the kids' series The New Ghostwriter Mysteries. At 12, she landed roles in two TV movies and a mini-series, a guest appearance on the TV series PSI Factor and voiced a character on an animated series.

After roles in two more television movies, she landed her first feature film—a small budget Canadian movie called The Life Before This (1999), followed by the role of Jacobs older sister Marfa in Jacob Two Two Meets the Hooded Fang (1999). Pill played parts in four more TV movies before the age of fourteen.

The next year, she landed a small role in Skipped Parts (2000) starring Drew Barrymore and Mischa Barton, then appeared in four more TV movies. She featured that year, including playing Farrah Fawcett's daughter in the TNT network movie Babe (2000).

She played a lead role in the Canadian film The Dinosaur Hunter, which was originally intended to be shown at a dinosaur museum and on a provincial education channel, but which made its way to the Burbank International Children's Film Festival, winning Pill an award for Best Child Actress.

She landed the plum role of young Lorna in the ABC-TV biopic Life with Judy Garland: Me and My Shadows (2001), based on the memoir by Garland's daughter, Lorna Luft. That year, Pill also played Sissy Spacek's daughter in the TV flick Midwives (2001).

Because of her busy work schedule, Pill's schooling was done through a program for youngsters in the business. Since graduating from high school, Pill moved to New York to pursue a career in theatre but continues to work in movies such as Dan in Real Life (2007), Milk (2008) and Scott Pilgrim vs. the World (2010).

Alison Pill's Net Worth And Salary

Alison Pill's net worth is $2 million at present. She has earned a decent amount of salary from his career.

Alison Pill loves to hang out with friends in her free time. She has posted many pictures with her friends on her Instagram account. She is married and has a daughter.

She was dating Tropic Thunder star Jay Baruchel for a long time. They became engaged from 2011-2013. Baruchel made a public announcement of their engagement when he thanked Pill as his fiancée during an acceptance speech at the Genie Awards in Ottawa, Ontario, Canada.

Baruchel Alluded to their break-up on Twitter posting on February 16, 2013. Pill became engaged to actor Joshua Leonard in January 2015. The couple tied the knot on May 24, 2015. They have a daughter, Wilder Grace Leonard, born on November 19, 2016.

She is 5 feet 5 inches long and weighs around 56 kg. She is active on Instagram with thousands of followers.