Barry Manilow's Life after Coming out of Closet, admits being Gay, Performs in a concert in New York 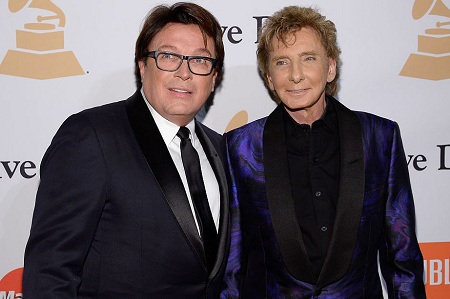 The 73-year old music legend, Barry Manilow has recently talked about his life after revealing the news of being gay. He confirmed his sexuality earlier this month and even revealed that he was married to manager, Gary Kief.

She said in an interview:

I thought I would be disappointing them if they knew I was gay. So I never did anything.

However, he was happy to get the positive reactions from his fans.

Manilow was married to his high school sweetheart, but the relationship did not work out. He divorced her not because that he was a gay but because he was too young to get married and settle down.

Best known for his love ballad, Manilow is set to release his new album This is My Town on April 22. He also made his appearance in the concert at New York City's Town Hall for the first time on April 19 after revealing his sexuality. He addressed the fans and said:

I’m so happy to be home. I’m a New Yorker; I’m from Williamsburg, Brooklyn.

Barry Manilow is scheduled to perform at Citi Concert Series of the Today show a day before the release of his album.