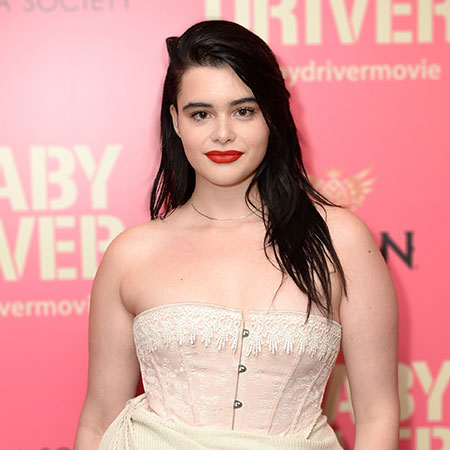 American native Barbie Ferreira became an internet sensation for her wide exposure in social media sites, especially on Instagram. Also, she is famous for the popular clothing brand Aerie which is from American Eagle Outfitters. As of 2019, she has an impressive fan following on her social media.

Barbie Ferreira was born Barbara Linhares Ferreira on December 14, 1996, in Queens, New York, under the birth sign Sagittarius. As far as her nationality is concerned, she is an American and has a Brazilian as well as South American lineage. She completed her education from Hackensack High School.

At the starting of her career, Ferreira modeled for some brands while working in one of their retail stores at the same time. Then, she modeled for acclaimed brands such as Adidas, Aerie, Asos, H&M, Forever 21, Miss guided and Target among others.

Further, she signed with the Wilhelmina International and has been featured on Seventeen magazine advocating against fat-shaming.

Ferriera appeared in 10-episode Vice series “How to Behave,” focused on etiquette. She was also cast as Ella in two episodes of HBO’s series Divorce alongside Sarah Jessica Parker and Thomas Haden Church.

Barbie Ferreira is a social media personality, mostly an Instagrammer whose net worth is not revealed yet. Her main source of earning is her social media career and modeling.

As of March 2019, Ferreira has 478k followers on Instagram. She also earns an impressive sum of money from her Instagram which is estimated to be around $1,425.75 - $2,376.25 per sponsor posts, as per Influencer Marketing Hub.

Despite being a renowned internet sensation, Barbie Ferreira has not been in a relationship with anyone. As of now, she is not married and is living a low key life.

Let's check out the shot interview of Barbie Ferreira, talks about The Term "Plus Size" | Teen Vogue Take