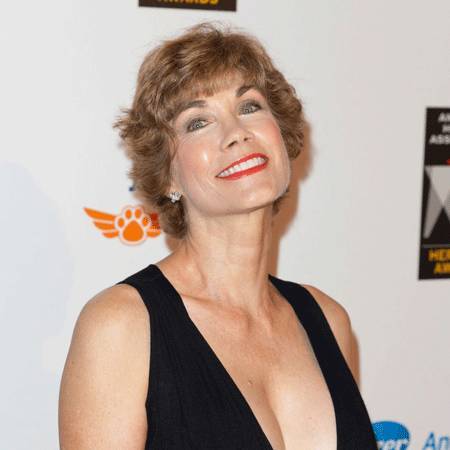 Barbi Benton is a former model and actress who appeared in several successful movies and TV series. She gained fame after appearing in the Playboy Magazine. Benton is also a singer who has released 4 studio albums. Some of Benton's successful projects are The Third Girl from the Left, American Bandstand, Charlie’s Angels, and Riptide. She is married to a business personality or entrepreneur, George Gradow since 1979. The couple shares two children, a son and a daughter together.

Barbi Benton was born on 28 January 1950 in New York City, under the birth sign Aquarius. She belongs to the White American ethnicity and American nationality. She is from a Jewish family. Her father was a military doctor and later he worked as a physician.

At the tender age of 2, Benton moved to California along with her parents and spent her early days in  Sacramento. She attended the Rio Americano High School. Later, she joined UCLA where she studied to be a veterinarian but she dropped to pursue a career in acting.

From Playboy to Hollywood Movies and TV

Barbie Benton began modeling at the age of 16 and after she dropped out of UCLA, she started to pursue a career more efficiently.

At the age of 18, Bento got an opportunity to feature in Playboy and she did not let that chance slip through her hands. Initially, she was a substitute model on the Playboy After Dark show but later she was promoted to a co-host of the show.

Benton started doing short comedy sketches, and subsequently, she started her singing career as a country singer. She then appeared in the West German comedy film The Naughty Cheerleader in 1970. The movie starred Hampton Fancher, Jeff Cooper, and Broderick Crawford.

She left Hee Haw to focus on her career in Hollywood in the mid-1970s. In 1977, she was a part of the short comedy series Sugar Time! starring Didi Carr and Wynn Irwin. She later appeared in many TV shows and movies and won millions of hearts with her amazing talent.

She played in TV series such as The Sonny & Cher Show and Hee Haw. Benton earned a huge appreciation for her performance on the show, Hee Haw where she shared the screen with Roy Clark, Buck Owens, and Minnie Pearl. Some of the movies she worked on included Hospital Massacre, Deathstalker, For The Love of It. Deathstalker (1983) was the last movie she worked on before her retirement which starred Lana Clarkson, Rick Hill, and Richard Brooker. She retired from her acting career in late 2000.

Benton also gained fame as a recording artist and singer. Her single Brass Buckles topped #5 on the Billboard’s country singles chart in 1975. The same year, she released her first album Barbi Doll that picked #17 position on the US country chart.

She later released four albums. She has been a very successful singer who has also released singles like Staying Power, The Reverend Bob, and Roll You Like a Wheel.

Benton achieved some success as a recording artist. Her record "Brass Buckles" (1975) was a top-five hit on Billboard's country singles chart. She released albums and produced her last album in 1979. One of her hit songs was Ain't That Just the Way (1976), which was a number one hit in Sweden for 5 weeks.

Barbi Benton's Net Worth, Salary, And Major Source Of Income

Barbi Benton is a successful actress, model, singer, and musician who has earned a whopping amount of net worth from her career. Modeling and acting career were the major sources of income for Benton while a career as a singer and musician also helped her increasing her fortune to millions of dollars. As a model, Benton was paid over $119 K a year.

Moreover, as of 2019 Benton has a jaw-dropping net worth of $20 million, according to the Celebrity Net Worth and The Richest. She has earned a hefty amount from her decades-long Hollywood career. She earned 10,000 DEM from a 1970 movie Mir hat es immer Spaß gemacht.

Benton has also made a mark in the field of acting. She landed a number of breakout roles in many box office hit movies like Deathstalker which became the commercially hit racking up over $11.9 million worldwide.

She bought this house in the 1970s and lived until 2010. She currently resides in a lavish home in Colorado. She is also a proud owner of many luxurious cars.

Barbi Benton is a married woman. She married George Gradow in the year 1979, and till now their relationship as husband and wife is going very strong. The main secret of their successful married life is of course trust and mutual understanding. The couple dated for years before they tied the knot in the late 70s.

Barbi and her real estate developer husband Gradow have been in a very beautiful relationship that is less likely to end in divorce on any day in the future. She has two children with her husband, a daughter Ariana Gradow (born on 13th July 1988), and a son Alexander Benton Gradow (born on 23rd August 1986).

Benton’s husband, George Gradow is a realtor and entrepreneur. He seems to be a loyal husband of former model Benton. The loving couple has been together for nearly four decades and still sharing the same marriage journey together with no rumors of divorce.

Before marrying George, she was in a relationship with former Playboy Magazine's founder Hugh Hefner. And she was one of the all-time favorite girlfriends of Hugh Hefner who died on 27 September 2017.

You May Like: Pamela Anderson Reacts to Hugh Hefner's Death in Tears

In the video presented below, we can see the famous American singer and actress Barbi Benton singing her single Brass Buckles from her album "Barbi Benton." 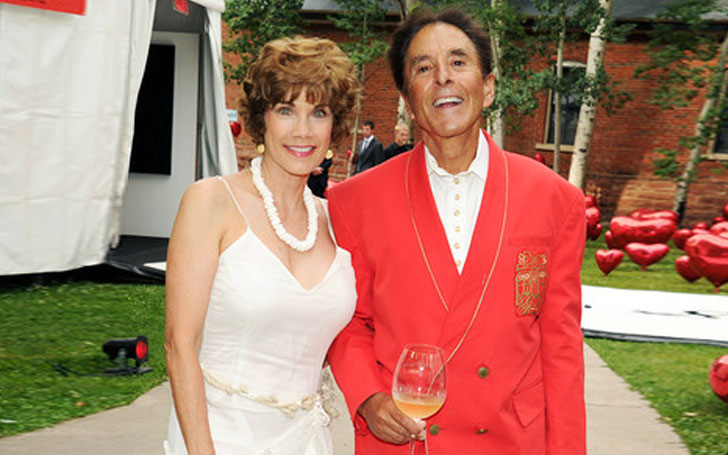 What Is The Former Playmate Barbi Benton Doing These Days? Is She Still Married? Exclusive Details