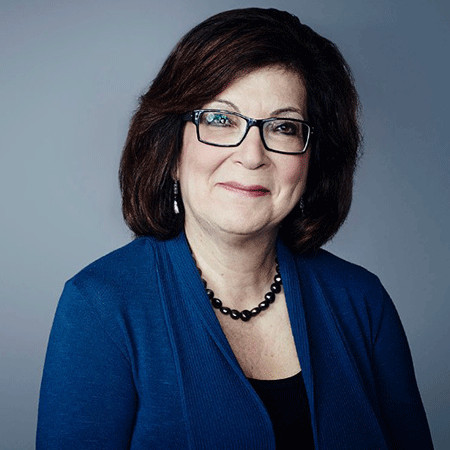 An American news journalist Barbara Starr is serving as a correspondent for CNN based in Washington, DC. She reports directly from the Pentagon. Barbara also reports on the military campaigns against ISIS. She also reports after investigating in terror attacks and military and intelligence operations.

She is regular on The Situation Room with Wolf Blitzer, New Day and other CNN shows. She gives the exclusive coverage on big and breaking news of US military and political situation on a global level.

She graduated from the California State University at Northridge with a Bachelor degree in Journalism.

After her graduation, Barbara started to look for a job. She started her professional career in journalism in 1979 working for Business Week magazine covering energy matters till 1988. Having spent almost a decade with Business Week, Barbara Starr moved to Jane’s Defense Weekly magazine from 1988 to 1997.

For the magazine, Barbara used to cover news on national security and defense policy. Later on, Barbara Starr joined ABC News as a producer covering Pentagon. For the coverage, she won a local Emmy Award.

Barbara Starr’s big break came in 2001 as she got hired by CNN as the lead Pentagon correspondent. With CNN, she has traveled to many countries covering the news of wars on Iraq, Afghanistan and the Horn of Africa.

She has also reported directly from Russia, Central America, the Persian Gulf, and the Chinese-North Korean border. She became the only journalist to have traveled with commanding general of U.S. Central Command, Gen, in 2016.

Barbara Starr is one of the gems in CNN network for her outstanding reporting. She has reported on numerous wounded troops, the homeless veterans and also has reported on the fallen Section 60 at Arlington National Cemetery.

A person cannot think of being applauded all the time for their work. Sometimes appreciations and sometimes critics are obvious. Likewise, Barbara Starr was criticized for reported as “a spokesperson for The Pentagon’.

She was criticized by reporter Chris Hayes of MSNBC for leaking the information which was at least as potentially harmful to national security. And in 2015, she got criticized by Kenyans through twitter hashtag for calling Kenya as “a terror hotbed” as Obama was traveling to East African nations.

Having such an influencing endeavor in the journalism, CNN must have paid Barbara Starr, a handsome amount of salary. From a source, it came to know that CNN is paying $40,000 per annum salary to a freelance journalist.

Therefore, it can be believed Barbara is paid more than that. There is no exact revelation on her actual net worth but looking at her tentative annual salary, it can be assumed Barbara has the net worth in millions of dollars.

Nothing is known about the family life of Barbara Starr for Barbara wished to keep her personal life out of media radar and not to talk about. Also, there seems bit confusion on the sources because of another Barbara Starr, an actress, original name Vera Lorena Webb. She was born in 1904 and was married and was divorced.