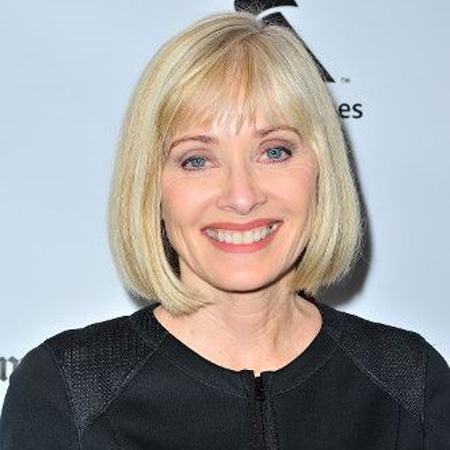 Barbara Crampton is an American actress who made her screen debut in the drama, Days of Our Lives. She has featured in several films which include Castle Freak, We Are Still Here, From Beyond and Little Sister. Further, she is also known for starring in a role of Leanne Love in The Young and the Restless.

Barbara Crampton was born on December 27, 1958, in New York, U.S. As far as her ethnicity is concerned, Crampton is White American and holds the American nationality.

Barbara was raised in Vermont and spent her summers there. When she was just in 7th standard, since then, she started appearing in dramas and went to study acting at a high school.  She attended Castleton State College and received a Bachelor of Arts.

After completing her graduation, she made a stop in New York where she appeared as Cordelia in King Lear. She studies Theater arts at Castleton State College.

The talented actress moved to Los Angeles from New York and made her television debut in the drama entitled Days of Our Lives. She made her film debut in the movie, Body Double and also featured the role of Suzie Lynn in the Chopping Mall. In the year 1987, she played a role of Leanne Love in The Young and the Restless till 2007.

Additionally, Crampton made a cameo appearance in the horror movie, Puppet Master and acted in Trancers II  portraying the character of Sadie Brady. She starred in the Civil Wars as a guest and Castle Freak.

In the year 1997, she was seen as a guest on The Nanny and the following year at Party of Five.

Moreover, Crampton had a recurring role as Dr.Leslie Bogan in the TV episodes entitled Spyder Games and was seen in The Neighbor's Wife.

Along with other several stars including Michael Berryman, Ken Foree, Dee Wallace, Robert England and Danny Trejo, she was seen in the horror movie, Death House.

In 1995, the promising actress was engaged to L.A. based director and actor, Kristoffer Tabori but by the end of the same year, the engagement was called off. Then Crampton was married to a director of photography, David Boyd in 1998. But their relation also didn't last long, and they separated in 1990.

In 1986, she appeared in the Playboy magazine which was entitled Simply Beastly.  Crampton later married  Robert Bleckman. The couple is blessed with two children named Ben and Luke. Robert has a son from his previous relationship, and they all reside together in San Francisco.

The 58-years-old actress is living a luxurious life as her net worth is reported to be $34 million.

Barbara is 5 feet 4 inch in height.