Baltimore Cop Suspended After He Accidentally Recorded Himself Planting Drugs 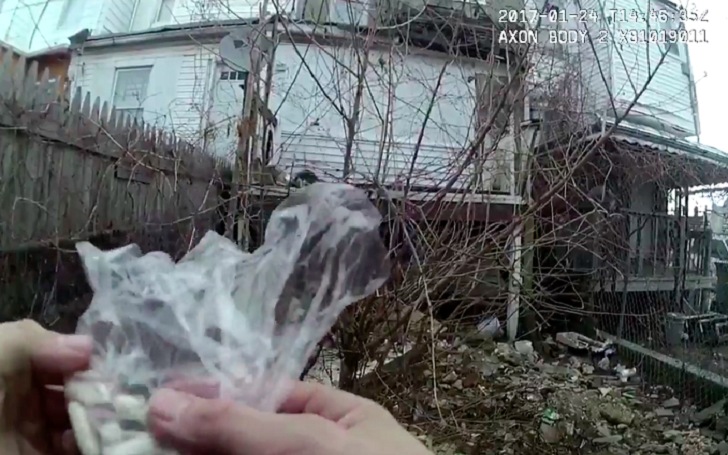 A Baltimore officer named Richard Pinheiro got suspended Wednesday and charges against a suspected drug dealer were dropped after body camera footage showed the officer planting illegal drugs at the scene of the drug dealer’s arrest in January, according to the Maryland’s Office of the Public Defender.

Two other officers were also present during the incident. They are now put on “nonpublic contact” as an internal investigation is ongoing.

The 90 second Baltimore police video from Jan 24 and that released this week, seems to show Pinheiro placing a bag of white capsules inside a can in an alley while two other officers look on. He is then seen turning back, searching in the alley, and finding the bag he had just been handling.

The man arrested on drug charges linked to the video had been set for trial last week in lieu of $50000 bail, he could not pay.

Maryland’s Office of the Public Defender said in a press release on Wednesday that an assistant public defender first brought the video to the attention of state prosecutors last week. It added that “the officers involved are still witnesses in other active cases that are currently being pursued prosecution in Baltimore City Circuit Court. The officer whose camera shows him planting the drugs, Officer Richard Pinheiro, is a witness in approximately 53 active cases.”

The Police Commissioner, Kevin Davis told reporters, “This is a serious allegation of police misconduct. There’s nothing that deteriorates the trust of any community more than thinking for one second that uniformed police officers ... would plant evidence of crimes on citizens.”

Davis said the department would get to the bottom of the matter because he fears the effect it would have on the community.