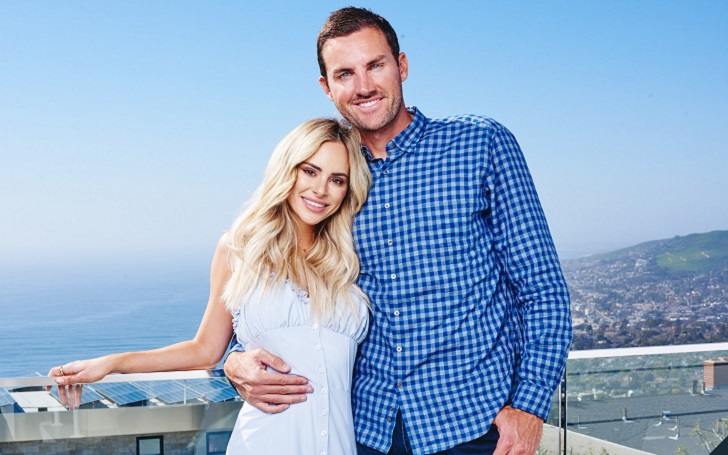 The Bachelor’s Amanda Stanton And Bobby Jacobs Have Called It A Quit. Bobby Confirmed The News Of Their Relationship Failure On Instagram.

This is definitely not a fairy-tale ending fans were hoping for. The television personality Amanda Stanton and Bobby Jacobs are hitting the pause button on their a year-long relationship.

The Bachelor contestant and professional volleyball player, who started dating last spring made things official in last May, though they had been dating two months before. Now, the pair has decided to take some space on their relationship.

Just one more because I’m obsessed with my kids and my boyfriend. How lucky am I to get to hang out with these cuties everyday...like wut

Amanda and Bobby are taking some space in their relationship,

The insider also revealed that they are still technically together as a couple and has recently moved in together, but Bobby is not staying at their new shared home.

Bobby has been gradually moving his stuff into the new place but has not been entirely moved in yet.

However, sources claimed that Amanda, who is the mother of two daughters, wanted Bobby to slowly move in so that her daughters could get used to it.

this photo just makes me too happy. had to post.

On Tuesday, Amanda opened up and revealed that she is having a rough week with the personal issues she has been dealing with. She admitted that her anxiety is out of control on her Instagram.

The past week has been rough for me. I won’t get into detail but my anxiety is out of control and I’ve been extremely stressed over some things that are completely out of my control. Losing sleep, having no motivation and just haven’t been myself because of it. As much as I know I shouldn’t stress over things that I can’t control, it seems impossible. Praying that I find peace this week and if anyone else is going through something similar, I’m praying for you too I know I don’t normally post this kind of stuff but I’m going to be more real with you guys, even if it’s a little scary.

Losing sleep, having no motivation and just haven't been myself because of it. As much as I know I shouldn't stress over things that I can't control, it seems impossible,

Amanda, on her Instagram and stories, revealed that the private pictures of herself were being sent around, which has made her feel very violated.

Amanda received an email three weeks before moving into her new place. She was blackmailed by a man who hacked her doctor’s database and had some private pictures of her.

The man is threating her to send her pictures to everyone she follows and is asking for a lot of money. She added:

I am just so frustrated, and I feel very violated,

Sources revealed that Amanda is okay taking space from her boyfriend Bobby so she can deal with all of this at one.

Though the pair is reported to have broken up, they still are in touch but not living in the same place.