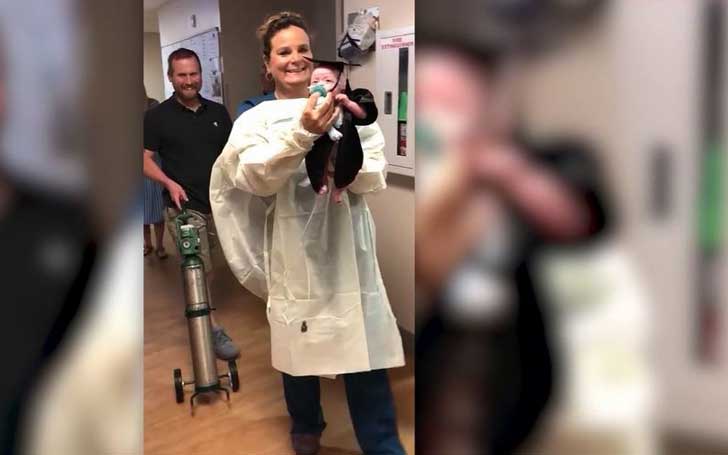 A baby born prematurely at just 22 weeks reaches home healthy after spending over five months in intensive care in Alabama.

Molli Potter, the baby's mother felt some difficulties while she was just five months and a few days pregnant with her son. Molli spent three weeks in a Pensacola hospital before her son, Cullen born.

The doctors at the local hospital told the couple that nothing could have been done to save the boy and said the little boy had only a 2% chance of survival. Furthermore, they said even if he survives he would suffer from disabilities.

The pair, however, didn't give up, and the boy's dad rang 16 different hospitals across three states before he found a hospital which could accommodate such a severely premature child.

The parents did all they could do to save the child after suffering two miscarriages the previous year. Ultimately, Molli was transferred to USA Children's and Women's Hospital where Cullen was delivered via an emergency C-section.

Cullen weighed just 13.9 oz at the time of birth, however, now, he has beaten all the odds and has even "graduated" from the intensive care unit. After 160 days struggle in the ICU, the baby now weighs 5 lbs and 11oz, and the doctors say the boy is now free from any major difficulties.

Celebrating the momentous victory, Cullen was given a graduation ceremony where he was presented with a cute cap and a gown. Cullen was escorted through the hospital corridor by Jewel Barbour, the nurse, who cared for him while he was in ICU.

After the boy reached home, the proud mother wrote on her facebook that her child was perfect "in every way." She wrote,

The mother also posted a photo revealing the condition of her son at the time of his birth and present condition, however, she later removed the photo from her social site.

We express all our best wishes for the brave boy who fought death at the very beginning of his life and enters a big wide world. We believe he is no different than any other child and can take on anything.