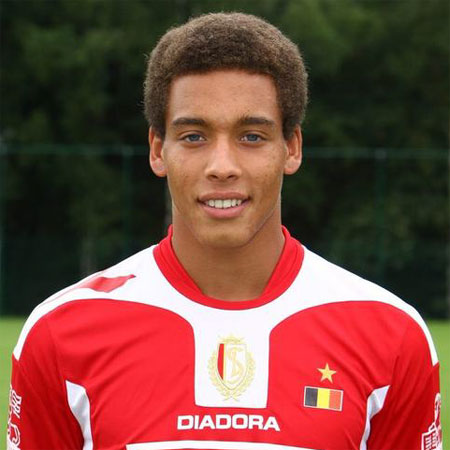 Axel Thomas Witsel is a professional Belgian Footballer .He was born in Liege of Belgium. He was born in 12th January in the year of 1989.His current Team is FC  Zenit Saint Petersburg and apart from that he is also involved in Belgium National Team. He takes the position of Centre Midfield and also plays as an attacking midfielder. He plays from the club wearing the jersey No.28.But he had joined football as a right winger. His father is French while his mother is Belgian. His father name is Thiery Witsel and he was also a professional footballer of his time. Axel reveals that his father is his true inspiration for him getting into the football games. His father always supported him in his gaming career.

He made his debut with Standard Liege in 2006 when he was just 17 years old.In the 2007-08 seasons he was already a key member in the squad of Standard Liege.-Winners of Belgian League. He is popular for his skills and passing techniques. In 2011 he signed to this new club named Benfica for 5 years .He debuted from the club against FC Twenty in the Champions League play-off .He was awarded Man of the Match in January 2012 where he made his team victorious with Taca da liga title. In 2012 he signed for Zenit Saint Petersburg for 5 years. He has been playing an appreciable game in the new club he is in. Before he was a senior player he was playing for U-21 with nine caps in his record. Later in 2008 he got this first international debut which he played against Morocco. Although they lost the game with the huge margin of 1-4, the only goal made from the side of Belgium was made by him and he was appreciated for making a quality goal in his debut game. He is still one of the key players in the Belgium Squad.His skills have always been a matter of critical evalutions in local news channel.

It is pretty sure that he is not yet married. He is seen with lots of girls and his changing relationships are updated via his twitter. He is a healthy person preferring healthy relationship.  Recently he is in relationship with this new girl Analicia Chaves but it is not pretty sure if she might be the one for him. His height is 1.86 m and is Weight is 84 kg.his pictures can be extracted from internet.

He seems to be rather smart and person. He has not only introduced himself as a footballer of intense quality but also registered himself as a enthusiastic footballer. Out of total 319appearances he made 59 goals in club. He has made five international important goals. His Salary is about 3 Million USD per annum.