Jim Jefferies: A Loving Boyfriend/Father And A Successful Comedian-Glimpse Of His Personal And Professional Life 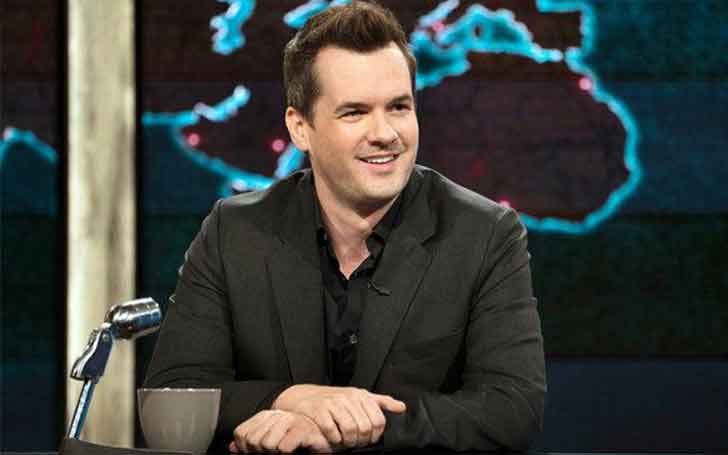 We are all aware of his professional life, but what about his personal life? Is the handsome heartthrob dating someone currently? Details of his relationship status.

Is Jim Jefferies Dating Anyone?

As of 2018, Jefferies is in a relationship with Canadian actress Kate Luyben. The couple has been dating since January 2013.

Jefferies and Luyben first met when he was shooting for the episode of The pilot of American sitcom Legit. Since then, the couple is together going strong, however, the duo has not been married yet.

But, they do have a son Hank Lennon Jefferies born on November 6, 2012.

This guy always cheers me up pic.twitter.com/Ssy68xf3V7

Even though Jefferies has kept a low profile about his personal life, he surely is living a happy life with Kate and his son Hank.

Initially, Jefferies began standup comedy with a short form of jokes and later moved to anecdotal humor. He gained international recognition when he was attacked by an audience member in 2007 while performing on Manchester Comedy Store.

When Jefferies made debut in HBO special, I swear to God he gained recognition in the United States in 2009.

Jefferies has starred in a low budget movie Me and My Mates vs the Zombie Apocalypse which premiered in Australian cinemas in 2014. Along with that, he has starred in two other movies: Punching Henry in 2016 and Killing Hasselhoff in 2017.

Moreover, Jefferies also starred in American sitcom Legit which firstly premiered on 17 January 2013  in FX channel, and, later in FXX channel. The FX and FXX is an American pay Television channel. The sitcom was later canceled after two seasons.

Jefferies host the show The Jim Jefferies Show which was first premiered on June 6, 2017, on Comedy Central, an American pay Television Channel. The show premiered for ten episodes on weekly basis.

The show is about weekly top stories, most controversial issues, culture as well as politics. Moreover, his show of the first season was extended with an additional ten episodes that completed airing on November 21, 2017.

You May Be Interested: "Joel McHale Is So Money, He Should Be Printed On Money", Says Television Host And Comedian Joel McHale-How Much Is His Net Worth?