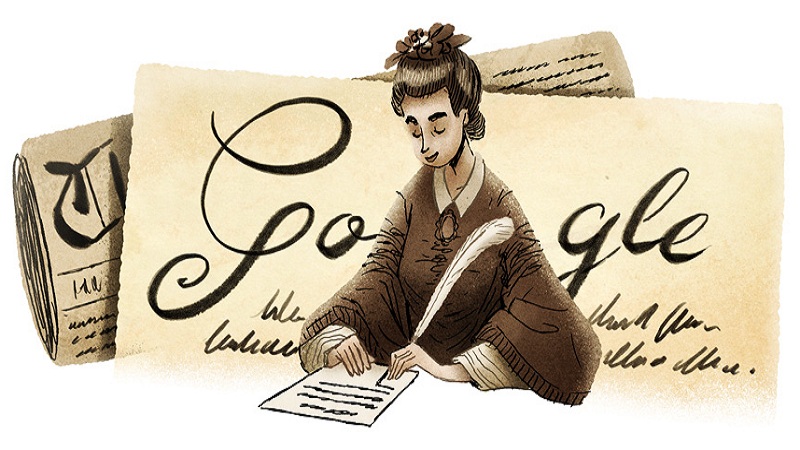 The Founder of the first female suffragist society, Victorian Women’s Suffrage Society,  Henrietta Augusta Dugdale has recently been honored by Google and has been included on the Google's homepage with a doodle.

She has discussed in detail about gender equality and is believed to be the first Australian woman to do that.

Born in London, Dugdale shifted to Melbourne in 1862 to serve as the president of the Victorian Women’s Suffrage Society and demanded the equal political, social, and legal rights as men. Henrietta Augusta Dugdale even struck the court rules of Victoria through feminist Uptonian novel A Few Hours in a Far- Off Age published in 1883. Australia was compelled to grant women the rights to vote in 1992 for which she was credited the most.

Today, we pay tribute to a woman who knew the power of her pen, and used it to fight for equal justice and rights for women.

Here is a Youtube video about the brief introduction of Henrietta Augusta Dugdale and her legendary works published by Google Doodle.

The pioneer of the women rights in Australia, Dugdale died at the age of 91 on June 17, 1918, at Point Lonsdale, Victoria.