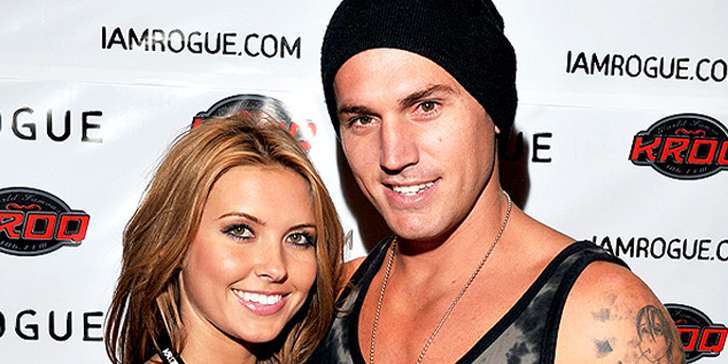 Reality TV star Audrina Patridge is a soon to be mom. And she recently showed off her baby bump boldly in a bikini during her holidays in Hawaii. Patridge soaked up as much sunshine as she could during her last few days in Hawaii this week.

The former reality star spent a blissful day on the beach with fiancé Corey Bohan on Tuesday and displayed her growing baby bump in a stylish two-piece She donned a cream tasseled halter-top with sheer panel along with patterned bikini briefs as she sunned herself in Honolulu covering her lightened locks in a stylish straw fedora and donned large metallic trimmed sunglasses. She looked fabulous. Corey het fiancé kept it simple in some dark swim trunks which showed off all his arm tattoos and wore his shoulder-length locks loose.

Audrina also confessed she is under a good diet for her pregnancy. The couple sunned themselves on the sand, enjoying a kiss before they trotted down to the water for a splash about. The couple shared the photos of them in the beach and in the ocean. Audrina also showed off her Bump Pictures to her fans on Instagram. The two were seen having quite a great time at the beach. Audrina started dating Corey when she was still starring in MTV reality show The Hills and struggling to get over on-off beau Justin Brescia.

There were rumors about their on and off relationship but they were back together. Now the couple is planning a wedding at the end of the year. They started dating each other back in 2008. They later got engaged after long years of affair, in 2015 and are now soon to be parents. They are said to be expecting a baby girl any time sooner and the couple is very much excited. The reality TV star shared her happiness via her twitter and other social networking sites.