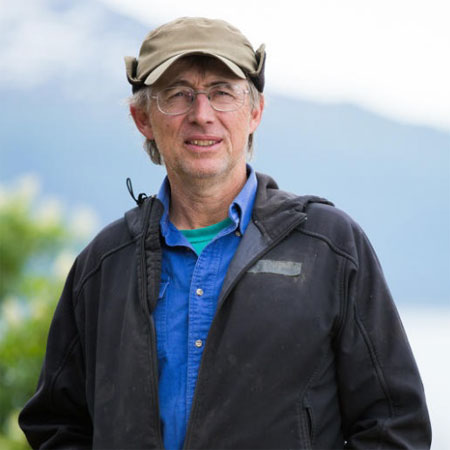 Atz Kilcher is an American star well known as the father of international pop star Jewel. Atz earned fame after appearing on the Discovery Channel series Alaska: The Last Frontier.

Atz Kilcher was born on 2nd September 1947, in Homer, AK, U.S, under the birth sign Virgo. He was born to his parents; Ruth Kilcher and Yule Kilcher, who migrated to the U.S. to avoid the effects of World War II.

He was the oldest child of his seven siblings. He is White-Americsn in ethnicity and holds an American nationality.

Those who watch Alaska:  the Last Frontier, the oldest star in the show, Kilcher, might have grabbed their attention with his splendid performance. He has always been successful to amaze the audience by taking care of his family and his farming skills.

Learn about Atz Kilcher as of 2020 in the video down below:

Atz is always seen preparing his family for the survival in cold Alaskan winter. He calls himself the protector of the family.

Atz is a very talented guy, he can play guitar and sing too. Music played in Kilcher family comes from his mother's descent, who was a professional cla s sical singer. Moreover, he is also an author of  Son of a Midnight Land: A Memoir in Stories.

However, their relationship could not last long after Atz was caught having an affair with another woman named Linda, and also has a child together. As per some sources, the couple finally divorced in 1982, when both of them filed for divorce.

After his divorce, Atz Lee Kilcher married his second wife Bonnie Dupre, who is seen on the reality show, cast roster. The couple met for the first time in Alaska. Since their marriage, there are no signs of their children together.

Atz Kilcher along with his wife has a total net worth of $7 million. Kilcher is one of the highest paid actors in the cast of series, TLF.

Besides his earnings from the show, Kilcher also makes money by his music skills at various events. Kilcher along with his family owns a big mansion of 603 acres in Greater Homer.

Currently, the total amount of the family's real estate holdings is estimated to be $ 3.6 million.