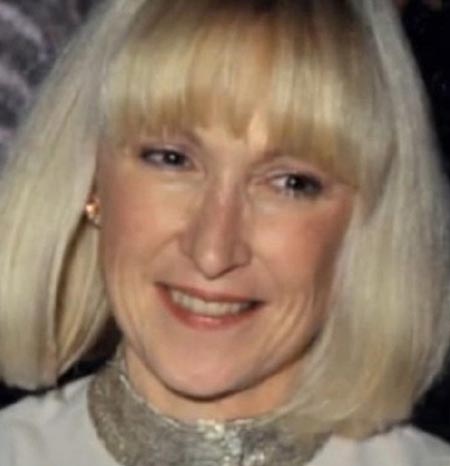 Astrid Menks gained worldwide attention after getting married to CEO of Berkshire Hathaway Warren Buffett, who is the fourth richest person in the world, as of 2020.

Menks is a former waitress at The French Cafe cocktail bar, owned by her husband, in Omaha, Nebraska. Warren is considered one of the investment gurus and business tycoons. The credit of his tremendous success in the business world also undeniably goes to the supporting hand of Astrid.

Astrid Menks was born in 1946 in Latvia, Europe. She later moved to the United States and settled down in Omaha, Nebraska.

Astrid is a Latvian as per her nationality and ethnicity wise, she is mixed. The information about her family and educational background are yet to be revealed.

Met Warren Buffett While Working As a Waitress

Astrid Menks is a former waitress at The French Cafe cocktail bar in Omaha, Nebraska. There, she met her future husband Warren Buffett and his late wife Susan Buffett. Susan was an occasional night club singer at the same bar.

In 1977, Susan made her way to San Francisco to pursue her career in music. She requested all her co-workers at the bar including Astrid to take care of her spouse before she left Omaha. Buffett quickly became close to his future wife Astrid after her caring attitude than other girls in the bar.

The two started living together by 1978 at Mr. Warren's white stucco mansion in Omaha. Despite having an affair with Warren, Astrid respected Susan and Warren's marital relationship.

In fact, Astrid and Susan became good friends and even agreed to share Warren. According to the Daily Mail, the trio also penned their signatures on Christmas cards together.

Thus, Warren and his wife Susan never divorced although they started living separately in 1977. The couple tied the knot in 1952, in a private wedding ceremony. The two were together until Susan's death in July 2004. 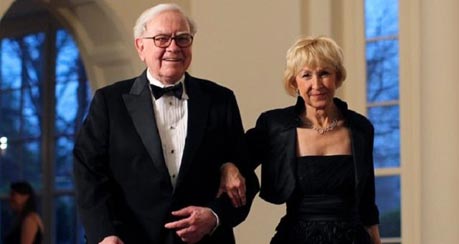 A source close to the couple stated Astrid Menks lived with her now-husband Warren for over three and a half decades before getting married.

The loving couple tied the knot on August 30, 2006, on the occasion of Buffet's 76th birthday. They organized their wedding ceremony at Nebraska which also became the wedding of the year as the bride was 60 while a groom was 76.

Do They Have a Child?

Astrid and her loving husband Warren Buffett have been sharing a blissful married life for a long time. But, they yet to have any kid. As of now, Astrid currently resides in Omaha, Nebraska with her spouse and family.

As there is nothing much to talk about Astrid Menks' professional life, it’s hard even to make an educated guess about her net worth. But being a wife of one of the richest persons, Astrid lives a nomadic lifestyle.

Net Worth of Billionaire Warren Buffett

Warren Buffett has a whopping net worth of $70.5 billion, as of 2020, according to the Investopedia website. This makes him the world's fourth richests person after Jeff Bezos, Bill Gates and Bernard Arnault whose total net worths are $116.9 billion, $99.9 billion and $91.6 billion respectively.

He has racked up the majority of his aforementioned net worth from his splendid business career. He is considered one of the investment gurus and most successful businessmen in the world.

Buffett is paid around $100k a year, as the chairman and CEO of Berkshire Hathaway.

How Did He Make Such a Tremendous Fortune?

Warren Buffett mostly makes a fortune from his 18 percent interest in Berkshire Hathaway. He is the proud owner of nearly 300 thousand Class A shares and 150 thousand Class B shares of the company.

He also has millions of shares of both Wells Fargo and Seritage Growth Properties. Even with all of those holdings, his multinational conglomerate company Berkshire Hathaway plays a vital role in his earning as he makes 98% of his net worth from the company alone.

The investment guru Warren Buffett has a number of opulent duplexes all over the United States. In Dec 2018, the businessman sold his Laguna Beach house for $7.5 million. 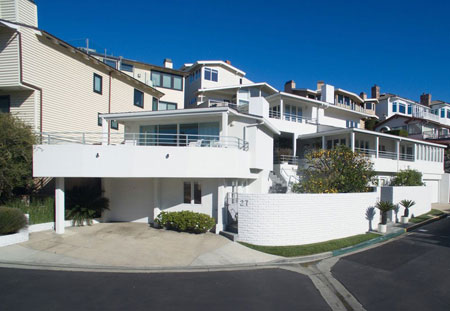 Besides, Warren and his wife Astrid are also passionate philanthropic. Bot of them has been a part of many non-profit organizations.

In 2016, he donated a staggering $2.9 billion to non-profit organizations including the Bill and Melinda Gates Foundation and the Susan Thompson Buffett Foundation as well. He donates around five percent of Berkshire Hathaway to charity each summer.