Ashley Peldon is an American television and film actress best known for playing the role of Marah Lewis on the NBC and CBS soap opera Guiding Light. She has been married to Steve Hurdle with who she shares one child, a daughter.

Ashley Peldon was born on April 2, 1984, in Montpelier, Vermont, the United States of America, to parents Jeffrey Peldon and Wendy Peldon.

Her father was an attorney while mother was a college professor. She was raised along with her sister Courtney Peldon with who she has started her acting career as a child actor.

She is of American nationality and belongs to white ethnicity. She stands at a height of 5 feet 3 inches (1.6 m).

Graduated with a Bachelor's Degree in Child Psychology

She studied child psychology after playing a dramatic role as a sexually abused youngster in CBS TV show Child of Rage at the age of 7.

Ashley Peldon made her acting debut at the age of four in 1988; she played the role of Marah Lewis, daughter of Josh Lewis and Reva Lewis on the CBS and NBC daytime soap opera, Guiding Light.

In the third year of the show, she was nominated for a Daytime Emmy Award for her performance on the show.

She has since appeared in numerous motion pictures such as The Lemon Sisters, Drop Dead Fred, Ghost World and The Crucible.

In addition to being an actor, Peldon is also a director. In February 2008, she directed a play for TV Takes the Stage starring Melissa Sagemiller and Bonnie Somerville.

How Much Money Does Ashley Peldon Earn?

Being a successful film and television actor, Ashley Peldon has earned a decent amount of money from the entertainment industry. She has an estimated net worth of $1 million, according to some online records.

The exact salary of the Guiding Light star is not known but according to the Live About website, soap actors in the United States make $2,000 to $5,000 per episode of a series.

Married to Steve Hurdle, Mother of a Daughter

Moving towards the personal life of Ashley Peldon is a married woman. The 35-year-old actress has been married to Steve Hurdle; the two tied the knot in an intimate ceremony in May 2010. 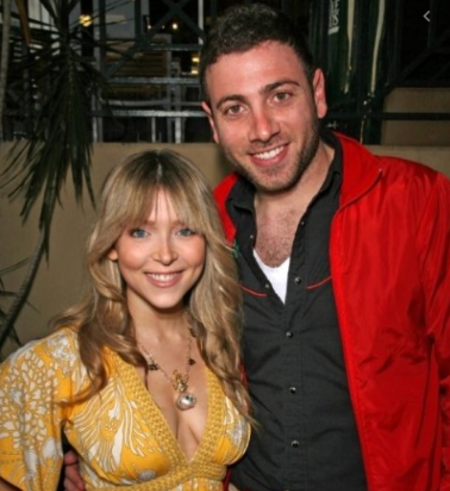 She and her husband share one child, an adorable daughter together. It's been more than nine years since Ashley and Steve exchanged vows and there are no divorce rumors.