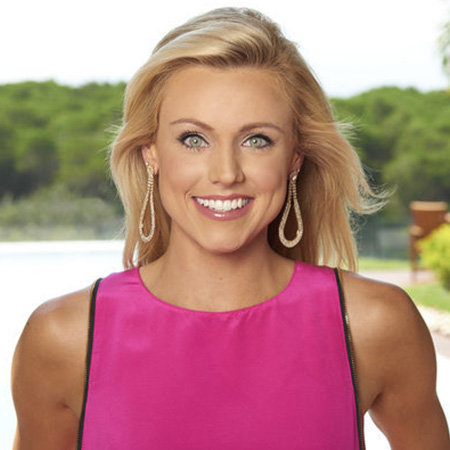 Ashley Brooke Salter is American star, well recognized for her appearance in the 19th season of The Bachelor's.

Ashley Brooke Salter was born on 15 May 1990, which makes 27 years of her age currently. She was born in New York with Taurus zodiac sign, to her father Matt and mother Karen.

Her father worked for the non-profit organization "Friends of Troy." Her mother is a relator at Atlanta Fine Homes Sotheby's International Reality.
She also has two brothers named Nick and Chris.

Salter attended Milton High School during her childhood. Later she studied Auburn University along with her brother Nick.  She graduated with a degree in Human Development and Family Studies.

After her graduation, Salter wanted to do some jobs in the saloon as she was very interested in hair. So, she jumped into one-year cosmetology program in Buckhead. It was quite difficult and commute from Alpharetta was brutal.After her completion, she rewarded herself with a bite of the Big Apple in Jan 2014.

When she was on vacation, having fun, hanging out with her old mates, also meeting new ones as the conversation into the salon scene. Later, Salter joined parlor the East Village.

Ashley Brooke Salter's career began while the time she was working hair salon. she got a phone call on April Fools Day from her school mate.

Her friend says " you've been nominated to be the next Bachelor and we're calling to see of you're still interested." Salter's friend knew that she loved the show soo much.

At first, she did not believe, but later her friend said its not a joke and the next day for the audition and she passed. Since then Salter has been rising high.

Ashley Brooke Salter is married. She is married to her long-time boyfriend. Also, the father of her 5- months old son named brooks, Austin Brannen, married  her following 12 months engagement. The couple got married on 10 September 2016.

They have only a son name Brooks Hartman Brannen on 7th April 2016.  Since then the couple is living their life in joy.

Besides her married life, Ashley Salter also had a brief relationship with Nick Peterson and Dan Cox during her time on The Bachelor in Paradise past summer, She later left Mexico solo, reuniting with Austin shortly after. Later she posted a black and white photo on her Instagram calling Austin "my one and only love."

Because of her quirky personality and infamously mistaking a pomegranate for an onion, she became a fan favorite during season 19 of The Bachelor, with host Chris Harrison even calling her "one of my favorite women to have ever been on this show."

Ashley earns a decent amount of money from her various successful career as she is living a happy life with her family in luxury.