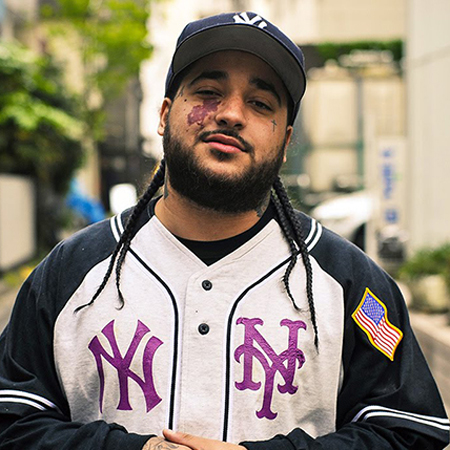 A$AP Yams was popular American music executive, A&R and the co-founder of the A$AP Worldwide record label. He was also one of the three founding members of the hip-hop collective, A$AP Mob.

Yams was unmarried and never introduced anyone as his girlfriend.

Yams was an American as per nationality and as far as his ethnicity was concerned, he belonged to a mixed ethnical background as he was born to a Dominican mother and Puerto Rican father. He was the son of Tatianna Paulino. Yams completed his internship with Diplomats Records.

As of 2014, he appeared in the Noisey documentary named, ‘’A$AP Rockey: SVDDXNLY'' alongside A$AP Ferg, A$AP Nast, and A$AP Tweelvyy.

A$AP Yam was unmarried and had no children either. Yam was private about his relationship and dating life. He preferred to hide it from the limelight. So, only limited information about his love life is available.

Until he was alive, he had not introduced anyone as his girlfriend. Whereas, he had mentioned a lady would call him every night, in one of his tweets:

''luv my goth bitch she call me up before bed time tell me spooky stories.''

Many of the audiences speculated about his relationship after the tweet.

A$AP Yams was found dead on 18th January 2015 at the young age of 26. The cause of his death was drug overdose due to mixed drug intoxication. However, A$AP Mob members stated that he died due to his sleep apnea caused by pulmonary aspiration and asphyxiation.

Net Worth and wiki