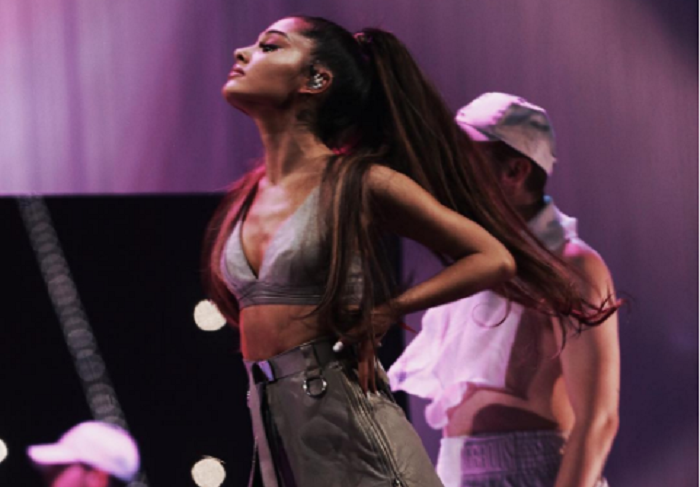 Ariana Grande, the youth icon has finally come to an end of the European leg of her "Dangerous Woman" tour.
She was extremely emotional as she concluded the show and shared heartfelt message thanking her fans and well-wishers who stood by her at such a crucial time.

Grande, wrapping up her show in Italy said:

I just wanted to thank you properly for the overwhelming love and support you've shown me, my crew, and each other during this challenging time. Spending this time with you this month has been so very healing and special!

She after wrapping up her show again took on her Twitter to show her gratitude towards her fans who stood by her side after the brutal Manchester Terrorist attack, which targeted young supporters of Grande and wrote:

At the close of this European leg of my Dangerous Woman tour, I just wanted to thank you… https://t.co/j9iOXV6NRe

After the brutal attacks by the suicide bombers that occurred last month during her concert at Manchester City that killed around 22 young people including children, the singing diva was totally devastated which led her to cancel all her concerts in Europe.

Moreover, she also shared an emotional message on her Instagram

At the close of this European leg of my Dangerous Woman tour, I just wanted to thank you properly for the overwhelming love and support you’ve shown me, my crew, and each other during this challenging time. Spending this time with you this month has been so very healing and special! Thank you for being here. Thank you from the bottom of my heart for your generosity in supporting One Love Manchester and for helping the families as much as you possibly could. Thank you for bringing your absolute brightest, most passionate, contagious energy to these shows and for wiping my tears away. <3  I'm immensely grateful!!!! I hope you can feel my love, wherever you are because I'm sending you all that I've got. See you so soon.  @alfredoflores @dangerouswomantour

Her tribute to the departed souls

Grande returned to Manchester with One love for Manchester benefit concert pulling out of her previous schedules to pay tribute to the ones who had lost their lives in the horrific attack. The show also featured stars like Justin Beiber, Cold play, and Black Eyed Peas.

Grande was hugely admired by her fans for this kind gesture and the Manchester City Council leader honored her with an honorary citizenship of the city and said:

After her tours in major cities in Europe, she is ready for Latin America in July and afterward, she will be moving to Asia.