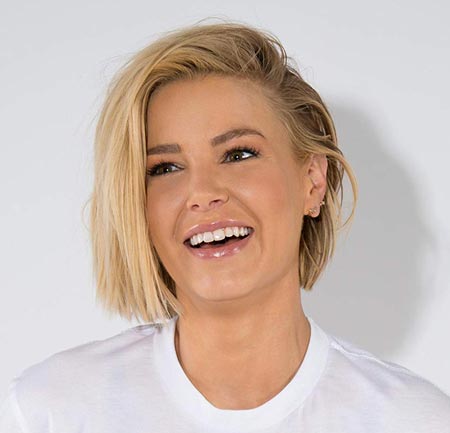 Ariana Madix is an American actress who rose to fame for her longest television role on the Bravo most hit reality television series Vaderpump Rules. Madix has built a distinguishable modeling career working for many big brands. Moreover, the talented lady co-authored a book titled Fancy AF Cocktails: Drink Recipes from a Couple of Professional Drinkers that is scheduled to be launch on December 3, 2019.

Born on June 24, 1985, in Melbourne, Florida, the United States of America, Ariana Madix is the daughter of Tanya Karr Madix (mother) and James Madix (father). She grew up in her hometown Melbourne along with her brother named Jeremy Madix, born in 1992. As far as her ethnicity is concerned, Madix is White and belongs to American nationality.

In 2003, Madix studied at the Eau Gallie High School. She graduated with a Bachelor’s degrees in Theatre and Broadcast Communications from the Flagler College in 2007. At that time, Madix worked for the entertainment company Walt Disney World playing a variety of roles like Chip, Dale, Ariel, and more.

Following her graduation, Madix relocated to NYC. She is an avid dancer and also won two national dance championships before she pursued her career in the television.

Ariana Madix initiated her career by appearing in videos for comedy website CollegeHumor. The actress started making a name for herself after her landing her role in The Real Housewives of Beverly Hills in 2013.

The same year, Madix went on to appear in the American reality television series Vanderpump Rules. She has appeared in the series along with Stassi Schroeder, Scheana Marie, Jax Taylor, and Lisa Vanderpump. The actress subsequently worked in many television projects like Dads, Anger Management, and more.

In 2019, the actress was a cast in two TV series Celebrity Family Feud and The Other Two. Besides, Ariana also worked in movies like Killer Eye: Halloween Haunt, Attack of the 50 Foot Cheerleader, and among others. 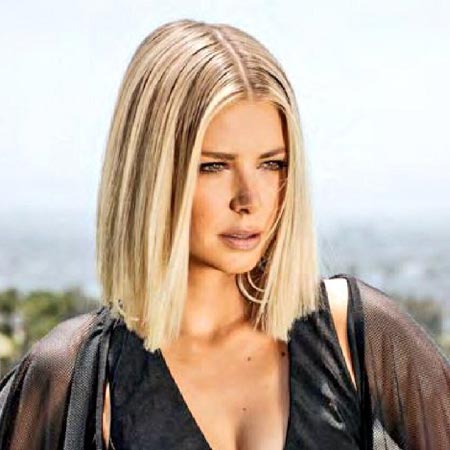 In 2017, Madix and her boyfriend, Tom Sandoval announced that they are planning to release their cocktail book. Reportedly, the couple has scheduled to launch the book titled Fancy AF Cocktails: Drink Recipes from a Couple of Professional Drinkers will be released on December 3, 2019.

Standing at the height of 5 feet 5 inches tall with a unique haircut, Ariana Madix has collected a considerable amount of money from her versatility in many fields like acting, modeling, and writing.

According to Celebrity Net Worth, Madix has a net worth of around $1 million in 2019. Since 2013, the actress is cast in the most hit reality TV series Vanderpump Rules. It is one of her longest TV roles too. Sources reported that one of its cast member Jax Taylor is paid $25k per episode. Ariana may also have earned in the same range.

Besides TV and Movies, Madix made a lucrative sum from her endorsement deals with many reputed brands like Teami Blends teas, DIFF Eyewear sunglasses, and Daniel Wellington watches, and more. Furthermore, the actress has over 1.2 million followers on her Instagram account. It might also be her other source of income.

Ariana Madix is not married yet but has been in a serious relationship with her co-star Tom Sandoval for a long time now. The couple has been dating since November 2013.

As per some genuine sources, Madix's very own boyfriend Tom was in a romantic relationship with Kristen Doute. Their relationship ended when Tom began to develop feelings for Madix during season 2.

The couple has good chemistry since then and enjoying their loving relationship. Ariana currently resides in California with her beau Tom.

Prior to him, Ariana reportedly hooked up with Brittany Cartwright and Stassi Schroeder for which people speculated her as bisexual.

Madix was diagnosed with skin cancer in October 2018. She also had surgery to remove the tumor.